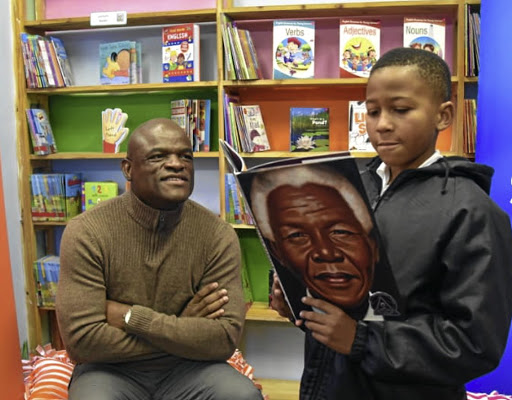 Premier Zamani Saul handed over a library at his alma mater during Mandela Day at Visisani Primary School in Petrusville.
Image: SUPPLIED

Northern Cape premier Zamani Saul was in high school when his idol and Burkinabé revolutionary Thomas Sankara was killed in 1987.

Saul read up on his ideologies at university and how he turned Burkina Faso around in just five years after taking power before he was assassinated.

What he adored mostly about Sankara was his love for education and health but also his "no-nonsense approach towards corruption".

This, according to Saul's close friend of decades Anele Gxoyiya, influenced his approach to politics which saw him get elected into the ANC's provincial executive committee in 1996.

Saul served as provincial secretary for two terms from 2008 until 2017 when he was elected unopposed as the provincial chairperson.

He took over as the premier of the Northern Cape, a province he believes has been living 100 years behind every other province.

Paperless hospitals and ambulances that, like Uber can be monitored by cellphone.  These are some of the many changes the Northern Cape premier ...
News
2 years ago

"He stays in his house. He views the issue of the state house as a waste because he is earning a salary and can afford to buy a house."

The premier's official residence is on sale and Saul wants to use the proceeds to put Northern Cape youngsters through school.

At a time when becoming a leader in government and political party is often associated with a lavish lifestyle at the expense of taxpayers, Saul has rejected all the perks, including the delivery of fresh fruit to his desk every morning.

Saul has also questioned why money is being wasted on expensive hotels and blue-light escorts for members of the executive.

His view is that perks are nothing but waste and the money can be used to fight poverty.

Saul also believes that it is only through education and proper healthcare that the fight against generational poverty can be won.

His love for education is not fickle. It is deeply rooted in him because of how he struggled to get access to education. 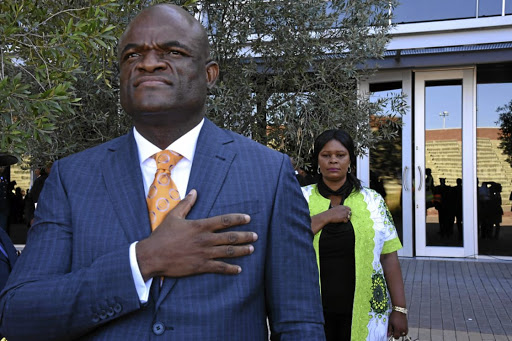 Growing up in Petrusville in the eastern Karoo in Northern Cape, Saul was held captive by shackles of poverty as a young man. He realised then that becoming educated was the only way he could break free from poverty. But it was not all easy sailing, according to Gxoyiya.

His older brother saw the potential in him and left school and got a job at an apples farm in Western Cape in order to make some money to take Saul through school.

It was through his brother's menial job that Saul went to school and university where he initially emerged with a law degree.

Now he wants to ensure that young people - at least as long as he is a leader - do not struggle like he did to get educated.

Saul, a father of six, delivered his maiden state of the province address early this month and focused on health and education as a tool to fight poverty, which he described as humiliation.

Northern Cape premier Zamani Saul wants those responsible for the deteriorating financial state of municipalities to be held accountable regardless ...
News
2 years ago

He said he would make sacrifices that will put poor people at an advantage.

These sacrifices would include taking money meant to buy cars for his executive and using it to buy ambulances.

"If we fail the test of making personal sacrifices, then our commitment to eradicating the humiliation of poverty in the province remains a mere pretence."

He wants to take every child in the province to school if they show potential. He wants to create and find jobs for those who have graduated. This is his grand plan to eradicate generational poverty.

"... unemployment remains the most stubborn fault lines and remnants of our inhumane apartheid past. With household poverty levels at 54% and unemployment at 26%, it should be clear that we have to rapidly increase our efforts to fight these devastating challenges. In fact, we should declare a full-scale war against poverty and unemployment that rob so many of our Northern Cape people of their dignity and keep them in the shackles of economic bondage." 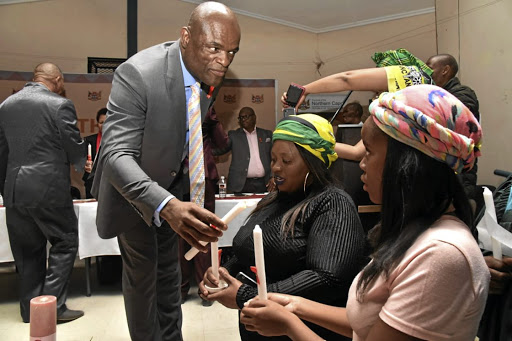 Premier Zamani Saul leads a candle-light ceremony in remembrance of those who died of HIV/Aids and TB.

An avert reader, Saul's leadership strategy is modelled on Sankara's teachings. He also shares the ideals of Madiba.

During his address, Saul quoted Nelson Mandela's 1994 state of the nation address in which he spoke about how freedom can only be achieved if the human dignity of South Africans is restored.

"The change I postulate is to agitate for the dismantling of comfort zones and status quo bias."

Gxoyiya said if more ANC leaders emulated Saul, problems faced by the country and the ruling party would be solved in no time.

"As much as they don't want their lives to change tomorrow, they also don't want their leaders to be rich overnight at their expense. The man is a unifying force in the provincial executive committee collective of the ANC."

Northern Cape premier Zamani Saul sent a strong message that the days of public office bearers leading luxurious lifestyles were over when he ...
News
2 years ago

ANC Women's League's call that 50% of the premiers of the provinces in which the party governs should be women, will remain just a dream after most ...
News
3 years ago

The ANC has called for a special national executive committee meeting on Monday to consider the names of its preferred provincial premier candidates.
News
3 years ago
Next Article