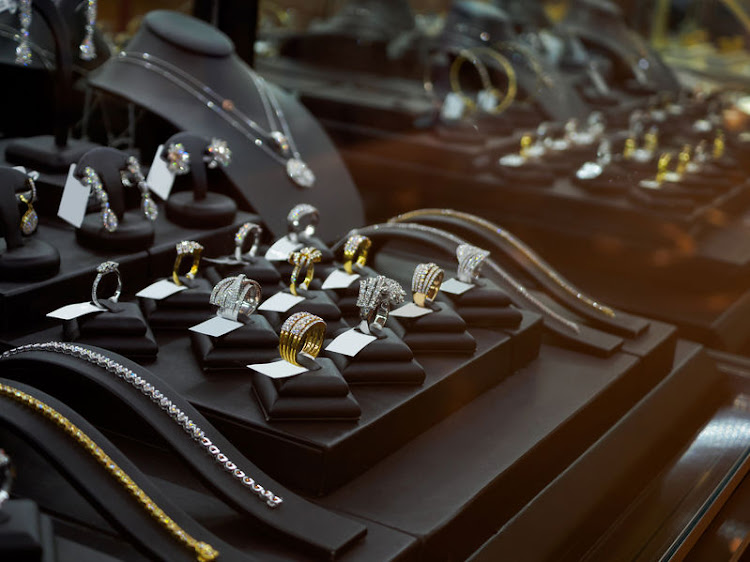 Four masked men escaped with diamonds and cash after robbing a store in Cape Town on Friday.
Image: 123RF/kwangmoo

The suspects forced their way into The Diamond Works shop in the Metlife Building on Walter Sisulu Avenue shortly before 10am and fled in a car with an undisclosed haul of diamonds and jewellery.

The incident happened in full view of passing motorists and pedestrians, who scattered when the suspects fled. "I saw them when they were running out. They looked at me," an eye witness  said.

A spokesperson for The Diamond Works confirmed the incident and said some of the suspects were wearing workmen's overalls. Affected staff were receiving trauma counselling, but no one was injured, she said.

"A limited amount of goods was taken," she said, adding that the total loss was being assessed by crime scene investigators. The Metlife building is partly under construction, with workmen active on several floors, the spokesperson said.

Police spokesman FC Van Wyk said: "According to reports, four unknown males [all armed] wearing masks, entered the shop, struggled with the security and took an undisclosed amount of jewellery.

"They fled the scene in a white Mercedes Benz C Class vehicle towards N1 outbound. The vehicle has five occupants, with the driver. No injuries were reported during the incident," Van Wyk said.

Police in Mpumalanga arrested nine men, including one of their own, after a robbery at a supermarket in Bethal on Tuesday morning.
News
3 years ago

Four men who entered a church in Port Elizabeth and demanded the pastor pray for them made off with cell phones, laptops and cash
News
3 years ago
Next Article