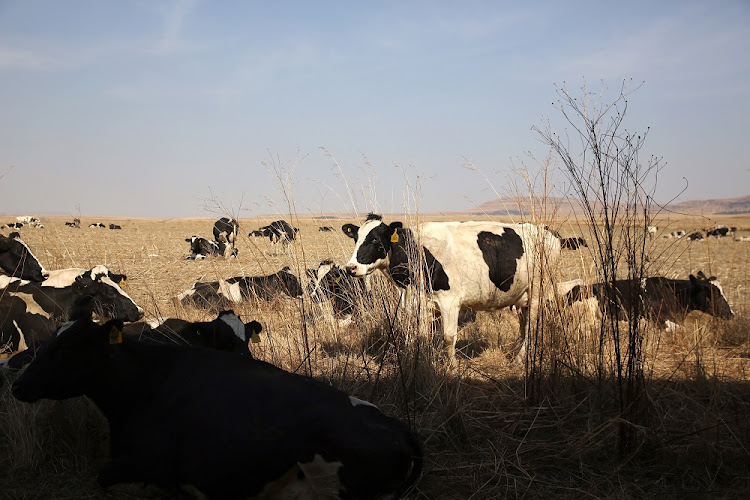 Cow graze in a field on the Vrede dairy farm project in the Free State. Picture: ALON SKUY

The high court in Pretoria has set aside public protector Busisiwe Mkhwebane's report on the Guptas' Vrede diary farm project, declaring it unlawful, unconstitutional and invalid.

The court delivered its judgment on Monday after hearing the two cases by the Council for the Advancement of the SA Constitution and the DA, against the report together in 2018.

The court found that Mkhwebane failed in her duties under both the Public Protector Act as well as under the constitution in investigating and reporting on the dairy farm project.

The leaked e-mails that showed the Gupta family had significant control over the farm contract between Estina, a company linked to the family, and the Free State agriculture department, did not form part of the public protector’s investigation of the project.

The #GuptaLeaks revealed that at least R30m paid to the Guptas via the farm ended up funding the family’s lavish Sun City wedding in 2013.

Mkhwebane found in her report that payments to Estina were not done according to the Treasury's regulations and that the agreement between the Free State agriculture department and Estina was invalid.

The report, however, gave no indication of the role played by then Free State premier and current ANC secretary-general Ace Magashule and then MEC for agriculture and erstwhile mineral resources minister Mosebenzi Zwane.

The court held on Monday that it was “irrational” of the public protector to, among others, not take into consideration the information in the public domain of evidence implicating high-ranking public officials and the Gupta family.