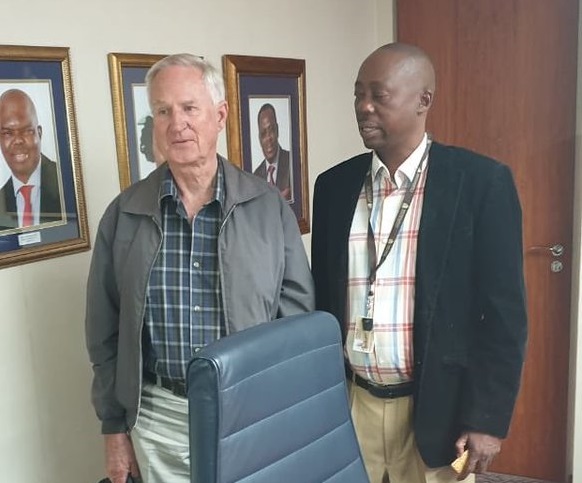 The EFF's Mpumalanga chairperson Collen Sedibe has come under fire following his tweet saying a man believed to be a Freedom Front Plus member will not finish his term "with all his teeth".

"Today I met this witwolf from FF+ in the legislature. I told him straight that I hate racist whites with passion. I don't think he will finish the term with all his teeth. He must pray that they don't allocate a seat near me," reads his tweet, with a picture of a man next to him.

"If this is your attitude towards conflict, then you have no place in leadership ... at all," read one comment.

"Should we still call you an honourable member?" another Twitter user asked.

A third comment read: "You will swap the red overall with the orange one bro."

Today I met this Witwolf from FF+ in the Legislature,I told him straight that I hate racist whites with passion.I don't think he will finish the term with all his teeth he must pray that they don't allocate a seat near me ⁦@EFFSouthAfrica⁩ ⁦@GardeeGodrich⁩ pic.twitter.com/iTiirL4qKz

FF+ Mpumalanga leader Werner Weber confirmed that it was him in the picture posted by Sedibe.

Weber declined to comment on the matter, saying Sedibe could not be taken seriously.

Party spokesperson Pieter Swart said they would support Weber's decision not to take action at this stage.

"It is unacceptable, but the threat was made against Mr Weber - it all depends on him, whether he wants to take the matter further or not," said Swart.

"If he wants to take the matter further, we as a party will stand behind him and see how we can handle the matter from there."

The EFF could not be not reached for comment.

Verwoerd's grandson: judge me on my ideals, not my grandfather's