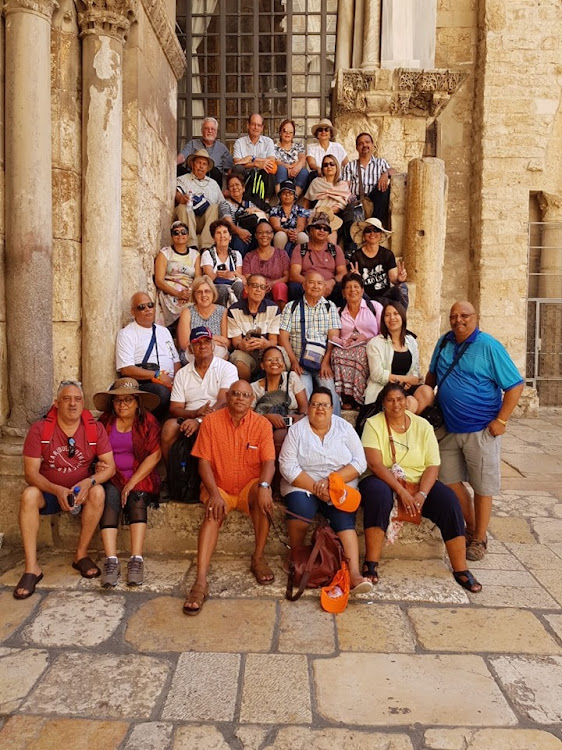 A group of Durban parishioners who were among the 25 South Africans who were injured when the bus they were travelling in was caught in a road-side bomb blast in Egypt on Sunday.
Image: Eric Apelgren via Facebook

A group of about 20 Durban parishioners who were among the 25 South African tourists injured when a bomb exploded near their bus in Egypt on Sunday are expected to arrive back in Durban on Monday.

The injured - from the St Francis Xavier Catholic Parish and the Christ the King Roman Catholic Church in the Bluff and Wentworth - were on the final leg of their pilgrimage tour to the pyramids in Egypt when a roadside bomb exploded.

Father Mike Foley from St Francis Xavier Catholic Parish was among those injured in the blast. A video which has been circulating on social media shows the victims in a state of shock after the blast.

Some are seen with cuts and abrasions on their face from the windows that shattered.

Aubrey Snyman, eThekwini ward councillor for Wentworth, who attends the Christ the King Roman Catholic Church in Cycas Road, said the announcement of the explosion was made by the deacon during a church service on Sunday night.

"We were shocked but we were assured that most of them were not badly injured. The group was escorted by Egyptian security forces to the airport and most of them flew back on Monday except for a few who had to stay back for further medical care. We hope that they will be able to travel back on Friday."

He said he would be visiting the victims, who were between the ages of 40 and 70 years old.

"We prayed for their safe return knowing that they are very traumatised."

In a statement on Sunday night, the department of international relations and co-operation (Dirco) said the South African ambassador to Egypt, Vusi Mavimbela, had informed Dirco minister Lindiwe Sisulu that 25 South Africans were part of the tourist group.

"Three are injured and will remain in hospital, the balance of 23 will return to South Africa this morning. All logistics are being co-ordinated together with their families."

WATCH | SA tourists in Egypt bus explosion: What we know so far

Twelve foreign tourists, including three South Africans, were injured in Sunday's explosion in Egypt.
News
2 years ago
Next Article