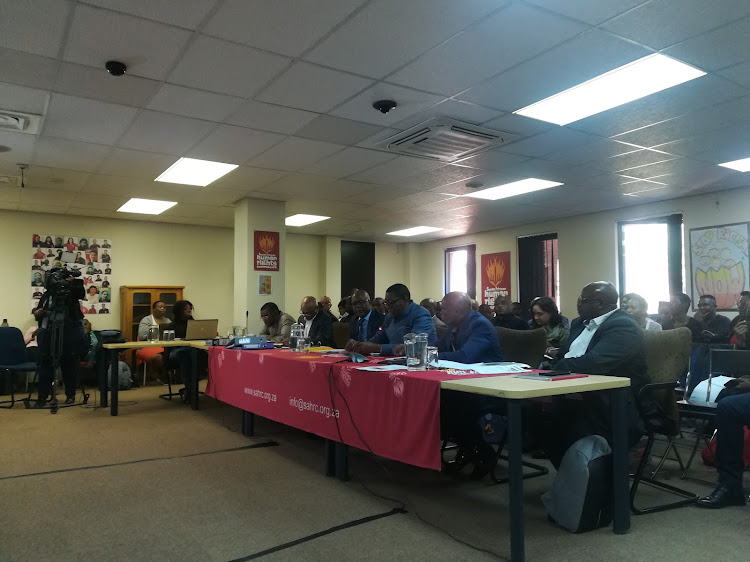 The Gauteng Human Settlements Department aims to deal with land occupations by providing occupiers with basic services instead of evicting them, according to acting head Daniel Molokomme.

Molokomme was speaking on the third day of the inquiry by the South African Human Rights Commission (SAHRC) and the Public Protector’s office. The hearing follows a recent spate of protests in Alexandra.

Its purpose is to consider some of the issues raised during the protests, such as the lack of housing, water, sanitation and overcrowding in the township. The inquiry will also look into allegations of corruption in the Alexandra Renewal Project (ARP), a project initially worth R1.6bn, launched in 2001 to develop Alexandra.

Gauteng MEC for Human Settlement Uhuru Moiloa has suggested that for development to happen in Alexandra what currently exists will have to be ...
News
3 years ago

Molokomme said the department would focus on relocating people who had settled in uninhabitable and dangerous areas like river banks. Those who had settled in areas that could be developed would be provided with interim services such as water-borne sewer systems, electricity and water.

He said this would also prevent the disruption of the social cohesion and networks which had developed in the informal settlements over time.

Informal settlements could be “made livable” by electrification, roads and other social amenities while people were moved from a shack to a brick and mortar house.

This would alleviate the constant demolitions by the city during land occupations. “We relocate people and the following year the same area where we relocated people is re-occupied illegally,” said Molokomme.

Sthenjwa Ngcobo, chief director of Gauteng Human Settlements, said poor enforcement of bylaws to prevent occupations in Alexandra was a “huge problem” for the department.

Johannesburg City manager Ndivhoniswani Lukhwareni on Tuesday told the Alexandra inquiry that by receiving the memorandum from the community, the ...
News
3 years ago

“Where there is no enforcement of bylaws, as the provincial department of human settlements, we can’t do much. This also affects the programme of the city to roll out infrastructure,” he said.

Ngcobo said homes were built up to the edge of roads and this affected accessibility for emergency vehicles.

MEC for Human Settlements Dikgang Uhuru Moiloa said migration into Johannesburg from other cities was a contributing factor to the difficulty of service delivery.

In Alexandra specifically, he said, foreigners who had crossed the border illegally “looked for places where there is no law and order”.

He said there was “complete lawlessness” in Alexandra and the influx of people into the township had a negative impact on the infrastructure.

• This article was first published by GroundUp.

Beneficiaries made to pay rent
News
3 years ago
Next Article