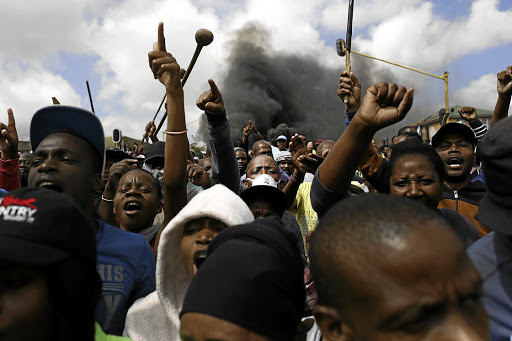 The ANC garnered over 70% at most voting stations in Alexandra township. The township had seen protests over service delivery a month before the elections on Wednesday. / ALON SKUY

Residents of some Gauteng townships that were plagued by protests before elections are pinning their hopes on better service delivery after the polls.

The ANC garnered over 70% at most voting stations in Alexandra township.

The township had seen protests over service delivery a month before the elections.

Residents' grievances were centered around a lack of waste management and the mushrooming of illegal structures.

Thabang Mathibedi, one of the community leaders, said the election results reflected the community's wishes for better service delivery.

"Things will change because we raised our grievances and brought it to the attention of our government even at national level," Mathibedi said.

The ANC has taken a ‘glass half full’ approach to its analysis of the results from Gauteng, saying it views the results as an increase in support and ...
News
3 years ago

ANC continued to be confident that it will win Gauteng this morning after it dropped to below 50% claiming results from its stronghold areas will ...
News
3 years ago

He accused the DA-led municipality of Joburg of pulling the plug on youth development programmes.

"We had proper services in our area. We had trucks collecting rubbish a few times a week and that kept our township clean. Now we can go up to three weeks without rubbish being collected," he said.

Luyanda Mfeka, the city of Joburg spokesperson, dismissed the allegations.

"The city continues to provide services to Alexandra and continues to engage with residents in the area on improving those services," Mfeka said.

Sarah Ngwenya, 41, who has been staying in Alexandra for 15 years, said she was optimistic about the future.

"We voted for the ANC because we want houses and electricity," Ngwenya said.

In Bekkersdal, residents protested over a lack of access to electricity and housing.

Kamohelo Maduna, who has lived in the Westonaria township for 10 years, said: "We were promised electricity in informal settlements before the elections. That hasn't been the case 25 years after democracy."

With only one voting station in the township, the ANC amassed an overwhelming 69.29 of the votes in the area.

Another resident, Nomfundo Khanyeza, said she was disappointed that the community put the ANC into power but it has failed to provide services for the past 25 years.