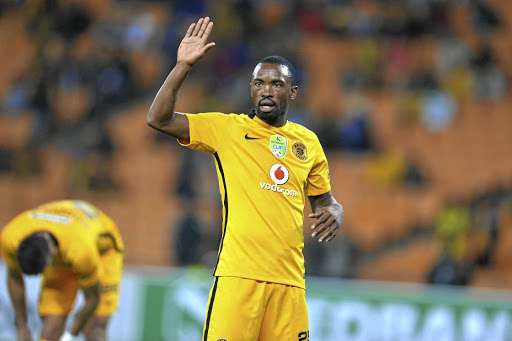 Saturday's Nedbank Cup final may serve as somewhat of a cleansing ritual for the beleaguered Kaizer Chiefs.

Chiefs veteran Bernard Parker made a heartfelt appeal to his teammates.

"This is an opportunity to get a trophy and restore the love and peace of the supporters," Parker said. "It will also heal the scars that everybody at the club has."

Indeed, the match against TS Galaxy at the Moses Mabhida Stadium has the potential to double as a 'spiritual ceremony', especially because it takes place at the scene of one of the club's darkest day in recent memory.

Last year, emotions boiled over as fans went on the rampage at the Durban stadium after their 2-0 defeat to Free State Stars in the semifinal of the competition.

Amakhosi will be looking to bring an end to their four-year drought that has seen the club turn into a punchline of jokes among football fans.

The mood at the Soweto club is not the best at the moment after they went winless in their last eight league games to finish in ninth.

National First Division side TS Galaxy will have the opportunity to create history when they meet Kaizer Chiefs in the final of the Nedbank Cup in ...
Sport
2 years ago

"We need to find a solution [on] how we are going to bounce back and get Chiefs where it needs to be," Parker said.

"We have had a big blow. We never seem to find the right momentum and we have seen what we are capable of but in other matches we are a different team."

Coach Ernst Middendorp, meanwhile, has urged supporters to rally behind the team and not paralyse the players with pressure.

"Everybody who calls themselves a supporter must support the team. We must be a united force," he said. "I am 100% sure that the players are aware what's at stake."

Middendorp will be without his deputy Shaun Bartlett on the touchline after he was sent off in their weekend game against Chippa United.

"I feel sorry for Shaun but he will be fully involved and very supportive in the preparations."

Kaizer Chiefs will be odds-on favourites to lift the Nedbank Cup when they take on National First Division side TS Galaxy in the final at the Moses ...
Sport
2 years ago
Next Article