Sewage clean-up and pledge to target crime in Alexandra, post-protests 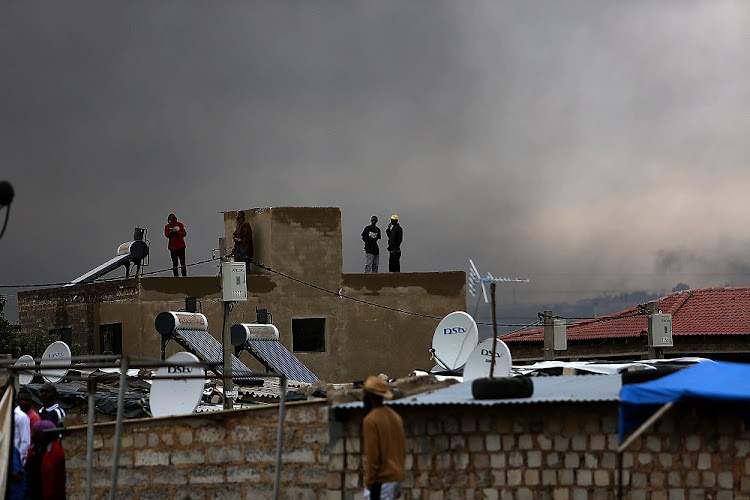 Residents of Alexandra brought things to a standstill in the northern Johannesburg township on April 3 2019, when they embarked on a service-delivery protest dubbed #AlexTotalShutdown.
Image: Alon Skuy/TimesLIVE

A high-level government team has begun with a four-point plan to address issues raised during the Alexandra shutdown protests, and is promising a longer-term strategy to improve living conditions in the northern Johannesburg township.

Gauteng premier David Makhura and his housing team also attended, along with Johannesburg mayor Herman Mashaba and members of his mayoral council.

“We are encouraged with the spirit of cooperation from the three spheres of government displayed in this very first meeting. We believe that the intergovernmental approach is the sustainable solution to the problems facing Alex. We have assigned the technical team of senior officials from the three spheres to undertake further work so that we can soon have an implementable plan to discuss with stakeholders in Alex. The work done thus far is encouraging and provides a good basis for us to move forward,” said Cwele.

Alexandra protest fuelled by the ANC

Until our government officials know how and when to differentiate between the state and political party affiliation, our country's future is doomed.
Opinion
2 years ago

The short-term action plan to deal with basic service-delivery issues within the next six months, primarily by the city's officials, involves:

• Embarking on an intensive clean-up campaign, including poorly kept cemeteries and overgrown vegetation on the side of the roads,

• Fixing sewage spillage into the streets,

• Addressing the proliferation of illegal shacks and other structures that are contravening municipal by-laws,

• Addressing the high crime rate and proliferation of large, illegal weapons used in robbery and murder, making Alex too dangerous a place in which to raise families.

The issues raised by the Alexandra community include unresolved land issues and the release of title deeds to unlock future development, and court orders prohibiting building on the land; high demand for housing, illegal occupation of houses and other premises for unscrupulous money-making schemes; and illegal connection of water, electricity and dangerous electric connections.

The proliferation of illegal shacks and other structures in contravention of bylaws was also an issue of concern.