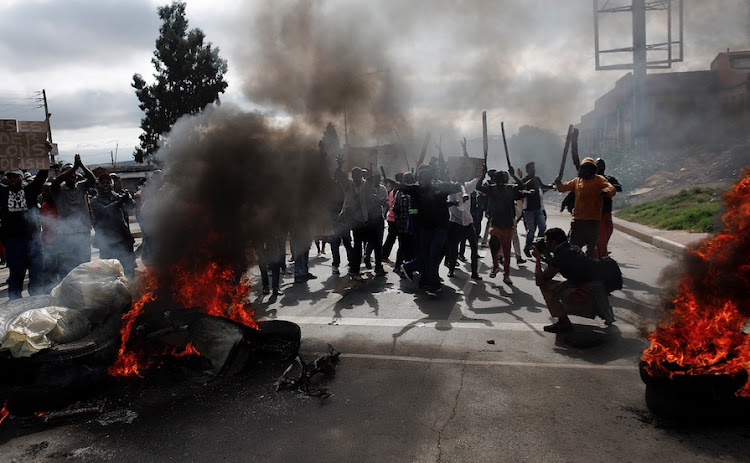 Alexandra should not be treated as a charity case by business.

Instead, business should be investing in the advancement of the township and its people.

"We are tired of being a charity township, where you will see the business people come only for 67 minutes during Mandela's birthday month, give us soup and many other things, then life continues. They need to come invest," said Sandile Mavundla, convener of the #AlexShutdown movement.

Mavundla was speaking on Monday at the East Bank Hall in Alexandra, where the South African Human Rights Commission (SAHRC), together with the office of the public protector, held hearings into the socioeconomic problems of the area. This followed several service delivery protests that recently rocked the township.

The mood was somber inside the hall where more than 150 people, mostly elderly, gathered to attend the public hearings.

During the hearings, hopeless residents could be heard mumbling. Some even walked out.

City of Joburg mayor Herman Mashaba has launched a probe into the controversial Alexandra Renewal Project (ARP). In a hard-hitting media statement ...
News
3 years ago

Last month, the residents took to the streets where they burnt tyres and other objects and blockaded several roads leading into the township. Protesters had demanded to be addressed by Johannesburg mayor Herman Mashaba.

Mashaba, who was unable to meet the residents at the township, later said the protests were politically motivated - but Mavundla slammed the allegations on Monday.

"City of Johannesburg officials need to stop hiding behind politics and address issues of service delivery," he said.

Another convener of the shutdown movement, Bobby Solomons, said some of the burning issues that prompted the shutdown started two to three years ago.

Illegal electricity connections, the mushrooming of illegal structures, lack of housing, land invasions and potholes were some of the issues that prompted the shutdown, according to Solomons.

Mavundla also raised concerns about the impact of the mushrooming illegal structures in the township.

"You know we have a lot people who are paying for bond houses that are worth millions and you get people who come and build illegal structures ... It's unfair and their house values are depreciating," he said.

He also challenged the officials to visit the graveyards in the area, which were reportedly affected by sewage spills.

"It's really bad. You know when you bury your loved ones, you want some sort of dignity and for them to rest in peace. They deserve that much," said Mavundla.

SAHRC provincial manager Buang Jones said it was horrible to hear about the plight of the residents.

"It is unheard of in SA, where people who are supposed to be beneficiaries of the RDP houses have to rent them out. It is something we need to get to the bottom of," he said.