Manhunt after two people are shot dead, others injured in Tembisa 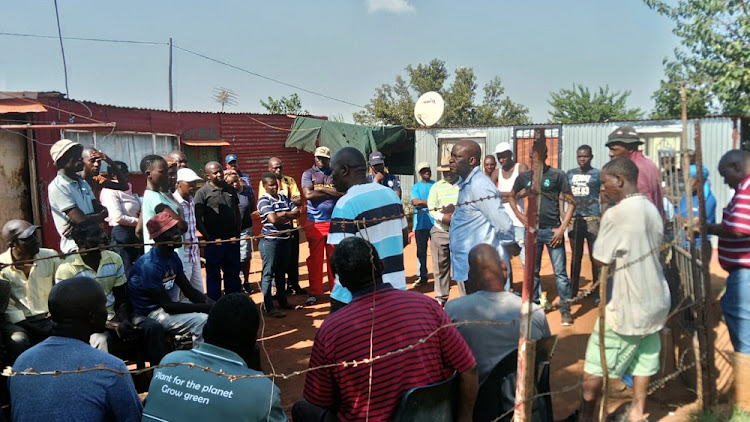 Residents gathered at one of the houses where their neighbors were attacked in Winnie Mandela informal settlement, Tembisa
Image: Supplied

Police have launched a manhunt for an unknown number of suspects after two people were killed in the early hours of Sunday morning at Winnie Mandela informal settlement in Tembisa, Ekurhuleni.

Mashile said the men first forced open the door of a 39-year-old woman’s shack. “She was then overpowered and shot on the head in front of her family, who were also robbed of four cellphones.”

Mashile said when a male neighbour came out to help he was also shot dead. Mashile said a couple of houses down the road the robbers also broke in and attacked a man and his partner, demanded money before shooting them and fleeing away with R1,000 in cash.

“The couple is currently in hospital fighting for their lives and we have opened two cases of murder, two of attempted murder and two of break in and robbery. We plead with the community to come forward with any information that may assist with arrest of these heartless criminals.”

Mashile said investigation was underway and the police will with immediate effect deploy a team to patrol the area to monitor and prevent the attacks from continuing.

“The  community policing forum  and the SAPS officers are working hand in hand until the violence subsides.”