Health department to move out of 'death trap' Civitas building 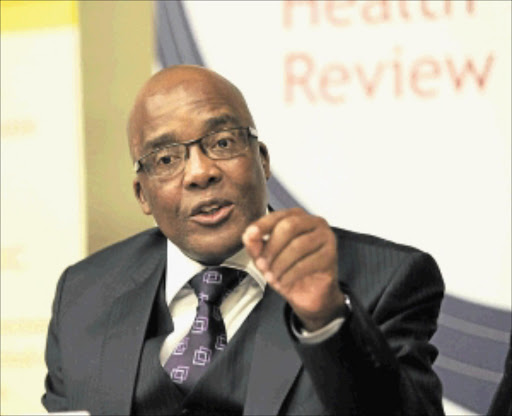 Health minister Aaron Motsoaledi has decided to his department relocate from the "unsafe" Civitas building in Pretoria.

The national department of health is expected to relocate from the "unsafe" Civitas building in Pretoria.

The decision follows numerous meetings between the Public Servants Association (PSA)‚ the National Education‚ Health and Allied Workers' Union (Nehawu) and the departments of labour‚ health and public works.

"Engineers and other technical experts from various institutions‚ public and private‚ were also brought into the fray‚ but to no avail - the feud continued nevertheless‚" said health department spokesperson Popo Maja on Monday.

The final decision to relocate was taken during a meeting on February 20 between health minister Aaron Motsoaledi and representatives of public works‚ Nehawu and the PSA.

Maja said all parties agreed to "abandon all the technical or legal arguments" they had previously made against the move.

A task team has been assigned to:

identify the building to which staff will be relocated; develop a timetable for the relocation; identify and recommend a transitional mechanism; and resolve any other issues pertaining to the stand-off and the relocation. The department of labour ordered the health department to evacuate the building in October 2018.

An inspector from the department declared the building unsafe and unhealthy for employees. Among other issues‚ the building required structural repairs for waterproofing‚ as well as repairs to a broken pump for its sprinkler system.

Mentally ill patients and their nurses at a new North West psychiatry hospital are forced to walk through overgrown grounds to reach the facility.
News
3 years ago

It was reported that R1bn was spent on upgrading the offices back in 2004.

The building also houses the country’s medicines regulator. In August last year‚ the South African Health Products Regulatory Authority (Sahpra)‚ which ensures that all medicines sold in the country are safe and effective‚ was forced to implement contingency plans to minimise disruptions due to protests at the offices.

Staff had been protesting since April over the poor state of their offices. Some described it as a “death trap”.

In August‚ unionised employees picketed at the entrance to the building. The health department phoned the police to ensure that staff could enter the building.