Why Makhura had to abandon office 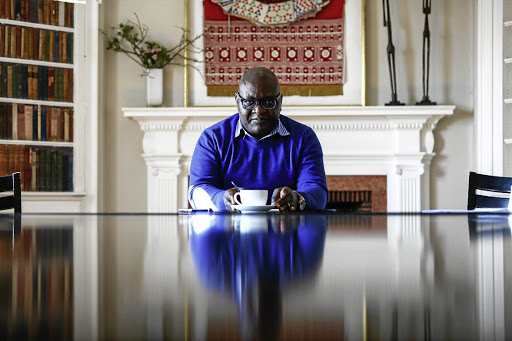 Two months before the Bank of Lisbon building in Johannesburg caught fire, Gauteng premier David Makhura moved out of his offices which were subsequently flagged for falling short of safety standards.

His offices, situated on 30 Simmonds Street in the inner-city, are in a building which was among the eight government-owned buildings found to be noncompliant in terms of the Occupational Health Safety (OHS) regulations.

The building was one of the government buildings which were hurriedly evacuated last week. The fire which destroyed several storeys of the 24-floor Bank of Lisbon building led to the death of three Johannesburg Emergency Services firefighters who were fighting the blaze.

The building was also found to be noncompliant in a report the provincial government received late last month.

Gauteng government employees in at least five departments have been told to report to regional and satellite offices.
News
3 years ago

Gauteng government spokesperson Thabo Masebe said the premier's office was one of the buildings that had "to undergo urgent work to comply with the OHS" but denied Makhura had left the office due to safety concerns.

"Even before the rest of the staff was evacuated last week, there was repair work already started in his office and on his floor, he was not using the office due to that," Masebe said.

"From time to time, during different times, maybe an air conditioner is being fixed or there was any other work, maybe for a week or two, he wouldn't be using his office."

The building housing the premier's offices also caught fire after an electrical fault on the seventh floor in June last year. Makhura's office was situated on the east wing of its 13th floor. An insider claimed Makhura had shortly after the fire stopped working from the building.

A government employee who spoke on condition of anonymity said: "What if these people knew all along that we were working in unsafe buildings hence the premier left long time ago before all of us were evacuated?"

When polls take place the voters will judge premier David Makhura on his performance.
Opinion
3 years ago

Meanwhile, the provincial government was on Thursday still scrambling to find office space for its hundreds of employees without workplace, with many forced to work from home for more than a week now.

Some of the health department employees are now going to be temporarily housed at Wits Health Consortium building in Parktown.

Masebe said as from next week, all employees who currently don't have office space would have been accommodated.