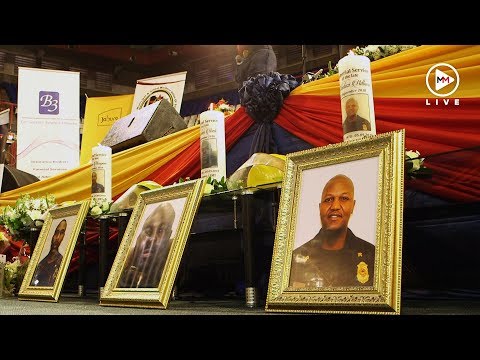 Gauteng firefighters have called for a judicial inquiry into the Johannesburg inner-city building tragedy which claimed three lives.

The firefighters, who are represented by Democratic Municipal and Allied Workers Union of SA, held a briefing at the SA Federation of Trade Unions (Saftu) headquarters yesterday to give a detailed account of the events that unfolded on September 5 when their colleagues perished in a fire at the Bank of Lisbon building.

Muzikayise Zwane, one of the firefighters who were present on the day the fire broke out, said he still had not received counselling after the trauma of seeing his colleagues die. Zwane said he had since returned to work, however, he is struggling to cope. “It is hard. But there is nothing I can to do because I have to support my family.”

Zwane recalled receiving phone calls from those who were trapped inside the building telling him that they were trapped and had no water.

Zwane said he watched helplessly as senior commanders who are well trained refused to go inside the building and rescue other members of the team.

Saftu general secretary, Zwelinzima Vavi said they were calling for a full judicial commission to be chaired by the judge in order to get to the bottom of what caused the tragedy.

Vavi said the appointed judge should have the powers to summon top provincial government leaders, including premier David Makhura and infrastructure development MEC Jacob Mamabolo, to give evidence.

Firefighters are set to break their silence about the circumstances that led to the deaths of three of their colleagues.
News
3 years ago

A blaze broke out at another government building in the Pretoria CBD on Thursday.
News
3 years ago

The fighters released a joint statement in which they explain how they were forced to attend to the scene without proper equipment while there was no water inside the building.

The building which housed provincial departments including the Gauteng health department was also said to have been 21% complaint with occupational health safety standards by the time the incident happened.

“We are currently seeking legal advice on a range of options, and we have not ruled out preparing a class action against those who have been negligent and who should have known and done better,” they said.

They also said they were in possession of evidence connected to the disaster which they would release “at the right time,” the statement read.

“In fact, we want to make it clear that as professional firefighters, we are in the process of making our own assessment on the fire, what caused it, how it was tackled and what needs to be done to ensure that something of this kind never happens again,” they said.

Firefighters were also gearing up for a national conference expected to take place on 30 October in Gauteng in order to address the crisis faced by the fire service across the country while they would continue to pursue a class suit against the state.

Yesterday Nthai Monnye from the Fire Professions Council of Southern Africa said the Johannesburg incident reflected the problems experienced by firefighters in the country.

Monnye said there was a lack of professionalism and resources despite the fact that firefighters were expected to take risks and save lives.