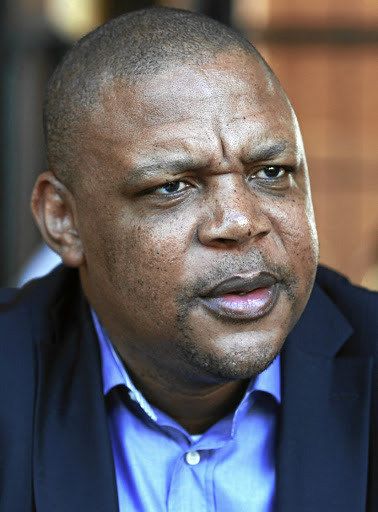 The woman who accused ANC spokesperson Pule Mabe of sexual harassment is now back at work, but it's unclear in which department she has been redeployed to.

"Indeed she has met with the Human Resources and they are finalizing her new placement in line with the recommendations of the panel. Once they are done, we will be in a position to tell you," said Legoete.

The developments follow the woman lodging a sexual harassment charge against Mabe two months ago.

In her initial complaint, the woman said the alleged harassment took place at the Saint George Hotel in Irene, southeast of Pretoria.

She alleged in her letter that after she rebuffed his sexual advances on at least two occasions, Mabe had slashed her salary, demoted her and emotionally abused.

ANC spokesperson Pule Mabe was cleared of sexual harassment charges after the ruling party's grievance panel ruled there was no evidence against ...
Opinion
3 years ago

However, a grievance panel established to look into the matter found "no evidence" against Mabe, and resolved to have the matter closed.

In its conclusion, the panel recommended that the complainant be reinstated as an employee of the ANC.

The woman has previously told SowetanLIVE that the matter was not closed as she was disgruntled with how the grievance panel handled it.

Approached for comment today, she declined, and then accused SowetanLIVE of jeopardising her next move after voicing her unhappiness at Mabe retaining his post as party spin doctor.

Mabe is expected to resume his duties within the next few weeks.