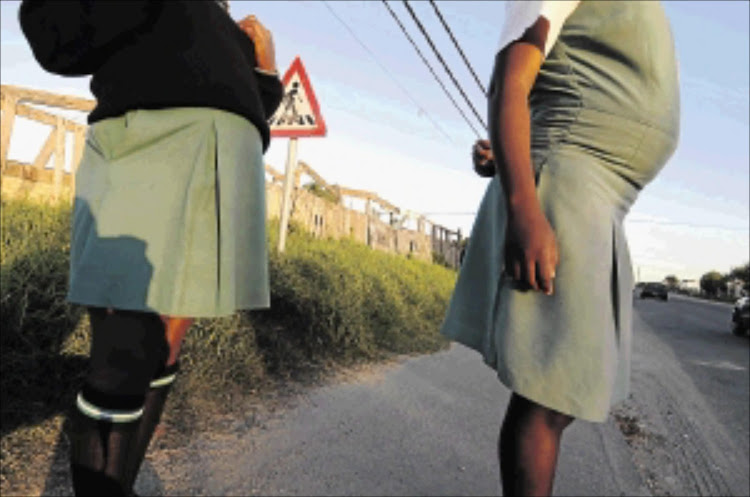 Pupils at a Limpopo school are focusing on eradicating teenage pregnancy and have given Valentine's Day a cold shoulder.
Image: MICHAEL PINYANA

A different kind of lesson was taught to learners from several high schools in the Malamulele area in Limpopo on Valentine's Day.

Instead of donning red and white‚ and exchanging cards and gifts‚ the learners heeded the call of the provincial health department and attended a talk by health MEC Phophi Ramathuba‚ where they pledged to combat teenage pregnancy.

Learners first embarked on a walk to raise awareness about this plight.

Some carried posters to make their point.

"Back off Baby‚ I’m in school" was written on one poster. "What’s the rush?" asked another. "Blessers must fall" another proclaimed.

According to Ramathuba’s office‚ they decided to do something different on this day of love because the district "has shown above average statistics of teenage pregnancy".

Last year‚ the province made headlines after news that dozens of pupils had fallen pregnant. In one school‚ 14 matric learners fell pregnant during the course of the year.

She did not mince her words as she spoke about how pregnancy disrupted a normal schooling environment.

"The only place you can find 36 pregnant learners at one go‚ is a maternity ward not a school‚" she said at the time.

"It is just unfair that a teacher must be expected to attend to one pregnant learner‚ who might be sick or suffering from morning sickness while the rest suffer and are deprived of their right to education‚" she said.