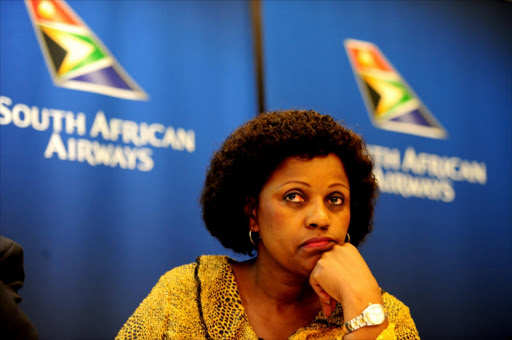 Dudu Myeni is alleged to have been on Bosasa’s payroll.
Image: Gallo Images

Jacob Zuma Foundation chairperson and former South African Airways boss Dudu Myeni is alleged to have been on Bosasa’s payroll‚ accepting R300‚000 a month as well as lavish gifts in exchange for her influence in government.

This is according to former Bosasa executive Angelo Agrizzi‚ who detailed to the state capture inquiry on Monday how Myeni would allegedly call on Bosasa’s CEO‚ Gavin Watson‚ to arrange for "high-end" functions‚ sometimes for the then president.

Agrizzi said he first met Myeni at the Sheraton Hotel where Watson introduced her to him.

"[Watson] was quite open. He would tell us he is paying her R300‚000 per month. He would always say he hopes she is giving it to Zuma. And the payment was for the Jacob Zuma Foundation apparently‚" Agrizzi said.

"The strange thing was that it was always cash. The payment was made to Myeni. On occasion I would have to pack the money in this regard."

Agrizzi told the commission he was present when cash was delivered to Myeni. He said Myeni would also visit Bosasa offices to meet Watson and that money would also be handed to her on those visits.

He recalled one instance‚ early one morning‚ when Watson allegedly wanted to arrange for an expensive gift to "impress Myeni".

"He said he needed to impress Myeni. I said don’t ask me‚ ask my wife. My wife said to me to buy a handbag from Louis Vuitton. The handbag was delivered to Bosasa offices and Watson put R300‚000 in the bag and delivered it to Myeni ... I was there. I knew what was happening ... Myeni thanked me personally afterwards for choosing the bag for her‚" Agrizzi said.

He claimed the money was paid to Myeni monthly.