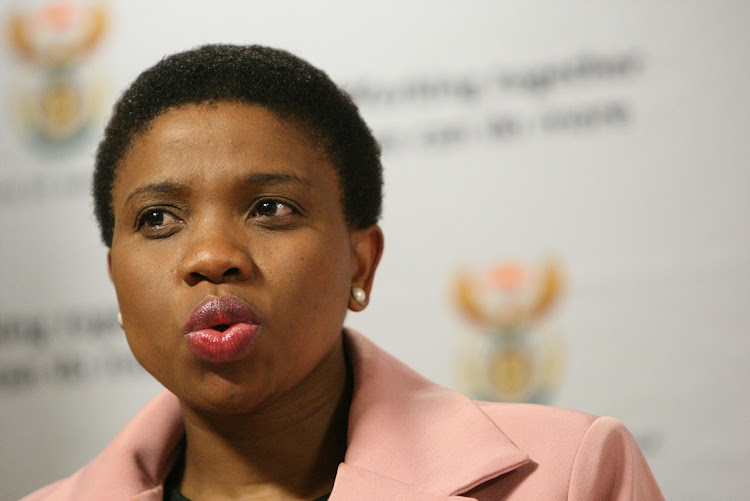 Nomgcobo Jiba had a tough day before two inquiries yesterday as her name featured prominently in alleged wrongdoing.

Jiba, the suspended deputy director of national prosecutions, was at the centre of fresh explosive testimony at the state capture inquiry where it was alleged she gave confidential NPA documents to Bosasa boss Gavin Watson.

According to former Bosasa COO Angelo Agrizzi, Jiba and former correctional services commissioner Linda Mti handed over documents related to Bosasa, and other cases in the hands of the NPA.

"[Mti] would liaise with the NPA people to get information and provide us with . that. These documents came from either Nomgcobo Jiba or they would hand him the documents," Agrizzi told the Zondo commission of inquiry into state capture.

Asked by evidence leader Paul Pretorius if Bosasa received any information relating to other cases in exchange for bribes, Agrizzi replied: "Yes, we did."

Agrizzi also claimed Jiba had received bribes of R100,000 a month from Bosasa in exchange for the information. Jiba has denied taking money from Bosasa.

Senior public prosecutor Jan Ferreira, who was testifying at the inquiry, said Abrahams's interest in Jiba's case of fraud and perjury was "exceptional".

Ferreira guided the investigation into alleged wrongdoing by Jiba when she decided to prosecute former KwaZulu-Natal Hawks boss Johan Booysen on racketeering charges. Ferreira said both he and Gerhard van Eeden prepared more than one memorandum to Abrahams's predecessor Mxolisi Nxasana, that there was prima facie evidence against Jiba and certain charges should be preferred against her.

But Abrahams was appointed as national director of public prosecutions (NDPP) about two months before Jiba's case was expected to go to trial.

"After Abrahams became NDPP, he called for a briefing on the prosecution of Jiba. I am not aware what prompted this action because he certainly did not engage each and every case that was on the roll at that stage or even each high-profile case on the roll... His actions in this case involving Jiba were thus exceptional," Ferreira said.

Abrahams is said to have removed Van Eeden from overseeing the prosecuting team against Jiba and instructed that he and Ferreira report to the regional head of the Special Commercial Crimes Unit, Marshall Mokgatlhe. But a day before Jiba's trial was to commence, Ferreira said he and Van Eeden were summoned to meet Abrahams. "He indicated to us that Mokgatlhe had decided that the case against Jiba should be withdrawn the next day..."