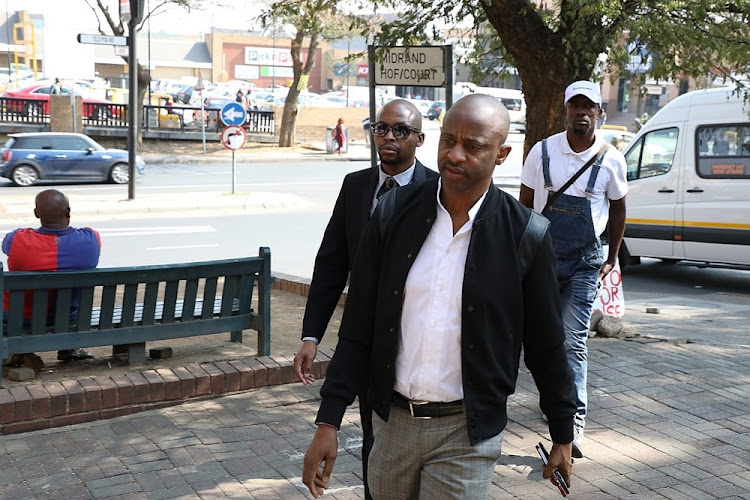 The ANC condemns the conduct of Arthur Mafokate at its manifesto launch in Durban on Saturday when self-proclaimed king of kwaito allegedly stormed the stage at the Moses Mabhida Stadium uninvited and caused mayhem.

In a statement yesterday, the ANC said Mafokate's alleged "abusive conduct" on stage went against the values and policies of the ruling party.

According to a source who asked not to be named, Mafokate interfered with programme director Nomzamo Mbatha on stage.

The source said the kwaito star took pictures on stage and that angered some members of the ANC.

Self-proclaimed king of kwaito and music boss Arthur Mafokate broke down and cried.
Entertainment
3 years ago

"Our members, especially, women, were uncomfortable with Arthur on stage because they didn't want to associate themselves with him considering the allegations that he assaulted his [former] girlfriend [and fellow musician] Cici. So they complained to us when they saw him on stage," the source told Sowetan last night.

In the statement yesterday, the ANC apologised to Mbatha who was a co-programme director with Linda Sibiya.

"We apologise to Nomzamo Mbatha for any offense this despicable conduct may have caused in the execution of her duties as a programme director," reads the statement.

"To Nomzamo Mbatha I profusely apologise that you have to go through all this," Mafokate said.

"The weekend's events that took place at the Hilton Hotel after the manifesto launch and the picture that is doing the rounds on social media, I would like to urge my fellow South Africans to please not blame Nomzamo Mbatha for that.

"To me it was just a picture celebrating the woman of stature."

He said he looked up to the sultry Isibaya actress.

Thwala made the shocking revelations at the Midrand magistrate's court were Mafokate is on trial for assault.
Entertainment
3 years ago