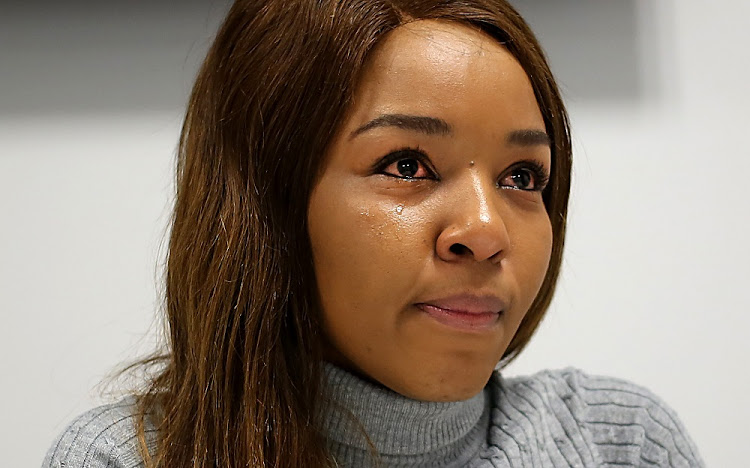 Award-winning R&B singer Cici shocked everyone at the Midrand Magistrate's Court when she testified that her then boyfriend, kwaito king Arthur Mafokate, did not assault her.

The sultry songbird said this when she was cross-examined by Mafokate's legal representative advocate Leana Fick on Friday.

"I did not say Mr Mafokate assaulted me," she said when Fick put it to her that the kwaito veteran would deny that he assaulted her.

Although Cici conceded that Mafokate didn't assault her, she insisted that he dragged her with his VW minibus on a gravel road which led to her breaking her pelvic bone.

Her testimony came after Fick submitted to her that Mafokate didn't know who had assaulted her and that he didn't know what had caused her injuries. "Then how did I end with a broken pelvic bone? It doesn't make sense," said Cici.

Thwala made the shocking revelations at the Midrand magistrate's court were Mafokate is on trial for assault.
Entertainment
3 years ago

"The medical report said you broke your iliac crest, not a pelvic bone. You chased after the car and you might have hit the gate when you were holding onto the door handle of the moving car," said Fick.

Cici's statement may dent the case of assault with intent to do grievous bodily harm she opened against Mafokate after a domestic squabble that sent her to hospital on June 1 last year.

The cross-examination happened a few minutes after a car demonstration outside the court room to try to reconstruct what happened on the day. Cici maintained that Mafokate had seen her as she was holding the handle of the driver's door. Mafokate has put up a defence that he did not see her amid all the commotion.

Fick disputed her version of events and said she was probably holding the handle of the passenger door or of the sliding door of the right hand side of the vehicle thus Mafokate didn't see her.

Prosecutor Mashudu Mutshaeni wanted Cici to explain how Mafokate sexually, financially and physically abused her during their relationship as she had claimed on Thursday, but Fick and magistrate Vinodha Moodley said the testimony would not be relevant and opposed it.

Moodley postponed the case to October 11 and 12.

Self-proclaimed king of kwaito and music boss Arthur Mafokate broke down and cried.
Entertainment
3 years ago
Next Article