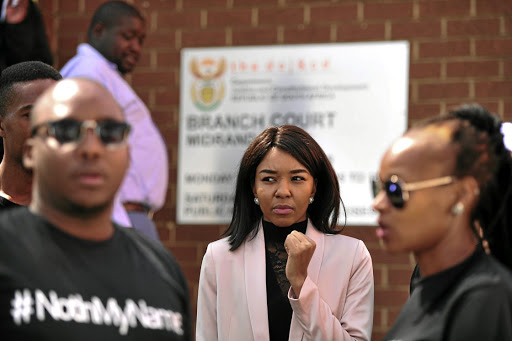 While Monday marked the end of SA's 16 Days of Activism‚ Cici is determined to keep the fire of activism burning‚ not only for other women's healing but for hers as well.

"Women are finally finding ways to take back their power and are changing the narrative. We have to rewrite the story of women and remind ourselves of the strength we possess."

Cici told TshisaLIVE that sharing her story as a woman‚ who has allegedly survived an abusive relationship with other women has helped her heal.

"I think it definitely helped me heal because it made me realise how many women were willing to come forth and say enough is enough. But what helped me the most was putting all those emotions that I felt into my music because it was a personal journey for me‚" Cici said.

Cici laid charges of assault with intent to do grievous bodily harm against her ex-lover and label boss Arthur Mafokate last year after an altercation between them allegedly turned violent.

Cici told TshisaLIVE that the abuse she's allegedly suffered and observed other women suffer was mainly a product of men feeling "entitled" to a woman's body.

"I think we live in a society where men feel entitled to a woman's body. Little things like making remarks about her body as she walks down the street is abusive. I've also had to watch a family member go through abuse... And therefore have felt the need to advocate for those who don't have the means to do it for themselves.

The songstress said she was amazed by a woman's ability to turn pain into power and said her activism is forever inspired by this fighting spirit.

TV ad pleads for an end to the scourge.
Entertainment
3 years ago

"I always preach self-love which is a concept that many of us are yet to understand. When you love self you understand your worth and therefore will automatically know if someone is not beneficial to your mental/emotional state."

Asked if she felt safe as a woman in South Africa‚ Cici explained that the country still had a long way to go before women and children could really be and feel safe.

"I most certainly do not feel (safe). Especially because the justice system seems to favour perpetrators. I think women have done more than enough. The question should now be what it will take for men to realise that abusing women is not right and realising the impact it has on them. The justice system should see abuse as a serious crime and violation against women and punish perpetrators accordingly."