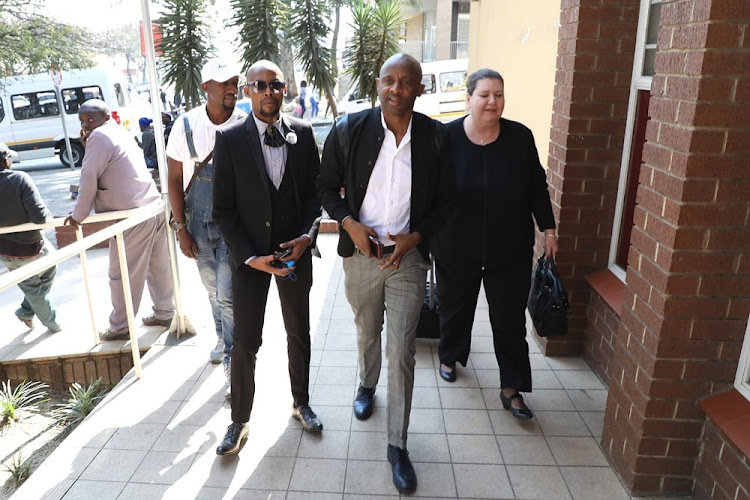 RnB singer Busisiwe "Cici" Thwala stunned the court when she revealed how she suffered sexual, emotional and financial abuse at the hands of her famous boyfriend and record label boss Arthur Mafokate.

Thwala, who was signed to Mafokate's 999 Music, made the shocking revelations at the Midrand magistrate's court were Mafokate is on trial for assault.

Speaking during cross examination, Thwala said: "I have been physically, emotionally, sexually and financially abused..."

Thwala went on to said she did not report any of these cases of abuse before because she was scared and, as a public figure, she feared her cases would be publicised.

Mafokate is accused of assaulting Thwala during the time they were living together as partners last year.

Thwala alleged that Mafokate dragged her with his car for a few metres causing her injuries to her pelvis area.

Thwala was admitted at Netcare Waterfall private hospital where she underwent hip surgery.

Spotting black pants and a black jacket paired with a white T-shirt, Thwala appeared jolly surrounded by friends and family, including her mother.

Mafokate, who arrived early, had sat inside his car at the mall opposite the court before proceedings began.

The court matter has been postponed to tomorrow, when cross-examination is expected to take place.

Singer Busisiwe "Cici" Thwala can breathe a sigh of relief after she was found not guilty of assault charges instituted against her.
Entertainment
4 years ago
Next Article