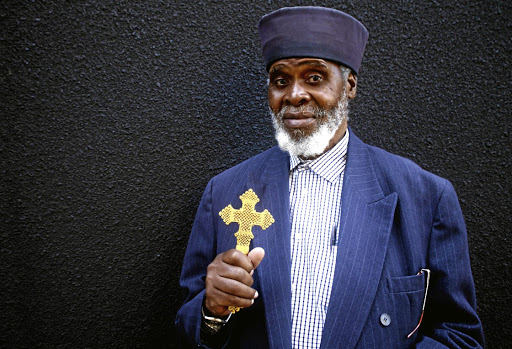 A 71-year-old priest who was allegedly assaulted and verbally abused by members of his church is fearing for his life.

Father Nelson Valisa, a priest at the Ethiopian Orthodox Tewahedo Church in Berea, Johannesburg, said he was pushed to the ground by a cook at the church last month while the archbishop and another member stood by and verbally abused him.

Valisa said they accused him of bringing "unwanted heathens to the church".

The church founded in Ethiopia, is believed to have more than 40million members worldwide and about 30,000 members in SA.

In an interview with Sowetan, the ailing Valisa who is suffering from diabetes, alleged that members of the committee, including the archbishop, wanted him out of the church because they want it to be exclusively Ethiopian.

The claim, however, was dismissed by the church.

"I feel frustrated and hurt because I had brought it [the church] here. I wanted us to have an African Christianity in South Africa," Valisa said.

He further claimed that since the placement of the current archbishop there has been conflict within the church and an exclusion of South African leaders.

He also alleged that he was not being allowed access to his pension and retirement fund.

In 2016, a video was leaked to the SABC of a brawl between dozens of congregants on the pulpit of the church where numerous people were hurt, including children.

Thunder a warning to make for indoors.
News
3 years ago

"They want me out of the sanctuary of the church. I told them no one is going to stop my work in the sanctuary."

However, when Sowetan visited the church a delegation of leaders from the branch in Port Elizabeth in the Eastern Cape said they had been called to Johannesburg because of Valisa.

Church spokesperson Mthuthuzeli Thompson said the allegations were untrue and that Valisa was being manipulated by a man who is after his pension.

"His mind is not OK. No one hit him and in this church when there is a problem we go to the structures of the church," he said.

Thompson claimed Valisa began to act strangely after meeting an ex-convict last year who has since allegedly been manipulating the sick priest to have access to his pension.

Gingqile Mantile, a secretary at the church, said Valisa had not communicated with them about his issues and they only found out yesterday that he had opened a case against three members of the church for assault.

"If he has not been comfortable in the church we are only a phone call away. But we forgive him because he is old. It is not his fault that he is behaving like this," Mantile said.

Captain Sifiso Mabizela confirmed that a case of common assault was opened after an argument ensued at the church.