Locals kick foreigners out of RDP houses in Alexandra 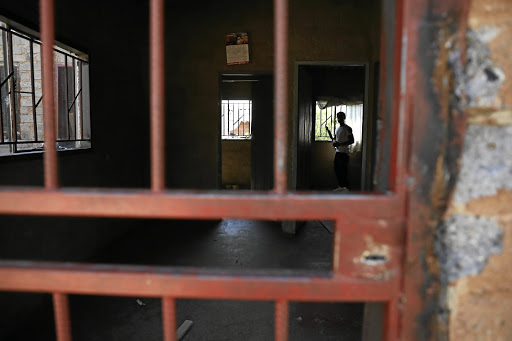 Jerry Mapolisa from Mozambique, who lives with his two uncles, was kicked out of a RDP house in Alex after being accused of obtaining it illegally.
Image: Thulani Mbele

Several foreign nationals have been kicked out of their homes in Alexandra, northern Johannesburg, after vigilantes allegedly evicted them, claiming they had fraudulently obtained the houses.

According to the community more than 15 houses have been seized by the vigilantes over the past three weeks.

Witnesses told Sowetan that about 70 men and women went around extension 7 near Marlboro, demanding papers from home owners to prove they are South African citizens and legal owners of the RDP houses.

A member of the vigilante group known as the Bonafide Organisation, which is against the occupation of RDP homes by foreigners, said he has claimed one of the houses for himself after forcefully evicting a family three weeks ago.

"I have the right to be here. We don't need the help of the government anymore because we have helped ourselves."

The member, who asked not to be named, said he had applied for an RDP house in 1996 but was never allocated one. 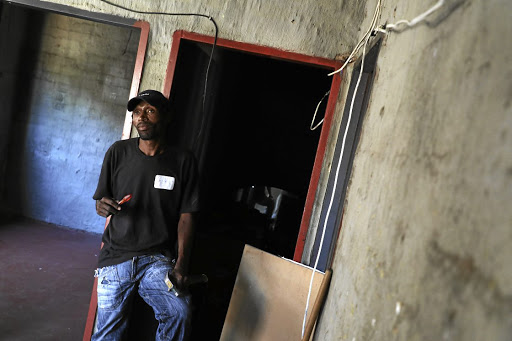 A local resident, who refused to be named, fixes electrical wires in a house.
Image: Thulani Mbele

When the Sowetan visited the house, he was found rewiring the empty home in preparation for moving in.

"I'm unemployed and I have kids, I can't be living in my family house anymore," he said. One of the alleged victims of the unlawful evictions is Mozambican national Jerry Mapolisa.

The 28-year-old said his uncle had legally owned the RDP house since 2007.

"Strange people came here in the morning and chased us away. They hit my uncle when he tried to explain that this is his house. They said we are not from SA and we can't have a house here," he said.

Mapolisa said he now lives across the road with his girlfriend while both his uncles had to go and live with friends.

"We're scared to come back because we don't know what they are planning," he said.

The vigilante group allegedly evicted families and threw out their belongings such as mattresses, tables and chairs. They then locked the homes and welded security gates to the doorways.

A resident said some of the families were being targeted because women in those households were in relationships with foreign men.

She said a large group of people came to her house and claimed they were from the department of human settlement.

Athini Sikhunyana and her family are facing a daunting task of finding wood and corrugated iron sheets to rebuild their home.
News
3 years ago

"These people have no brains, they came here and told us that they wanted proof that we are the legal owners of the homes," she said.

"On Saturday about 70 people came in a truck and asked to see the owner of the house. They threatened to come back and chase us away today (Tuesday)." She said foreign nationals were scared for their lives but had nowhere else to go.

A community member said they were rebelling against fraud in the department of human settlements.

"From January we will be taking them all out in Alexandra and not just in extension 7. The majority of RDP houses here are owned by foreigners."

Spokesperson Stephen Malatji said eight complaints had been laid with the police.

The Gauteng department of human settlements said it was made aware of the evictions and was investigating.

Lebo Keswa, the department's spokesperson, said: "We are working with our rapid response and fraud and corruption units to verify and establish facts.

"Anybody who is evicting people can only do that in conjunction with the department of human settlements, so that when you evict people, you then allocate those houses to qualifying beneficiaries."

Although RDP houses are meant for SA citizens, a beneficiary may sell the house after 8 years of occupancy to any person of her/his choosing, regardless of their nationality