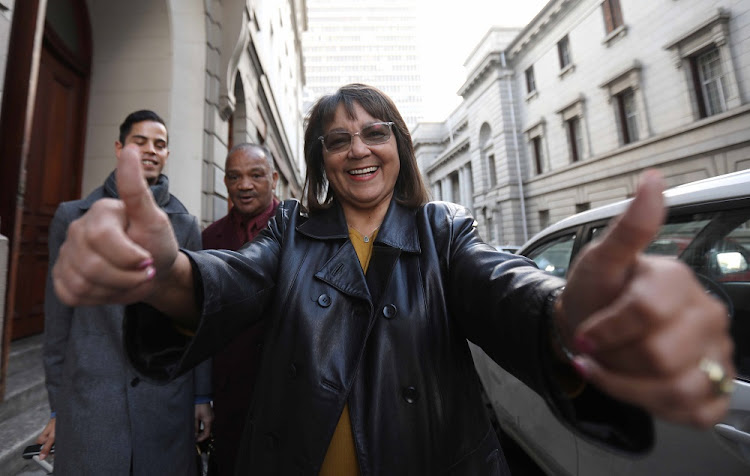 FILE IMAGE: Patricia de Lille celebrates her victory against the Democratic Alliance after the judge ruled in favour of her at the Western High Court on June 27 2018.
Image: ESA ALEXANDER/SUNDAY TIMES

Former Cape Town mayor Patricia de Lille has announced that she will be launching a new political party in January.

The name of the political party is yet to be announced. De Lille made the revelation in Cape Town on Sunday at a media briefing.

"In two weeks' time, I will unveil the name and brand …  and in January 2019, we will launch the party officially," she said.

De Lille said the new party  will contest the 2019 general elections in all nine provinces. The former mayor resigned from the DA at the end of October following a fallout with the party.

At the time,  party leader Mmusi Maimane said the party had reached an agreement with the mayor‚ with whom it had been at loggerheads for months. The party also dropped internal disciplinary processes against her.

Dan Plato voted in as new mayor of Cape Town

Dan Plato officially became executive mayor of Cape Town on Tuesday after he was voted in with 146 out of 208 votes on Tuesday.
News
3 years ago
Next Article