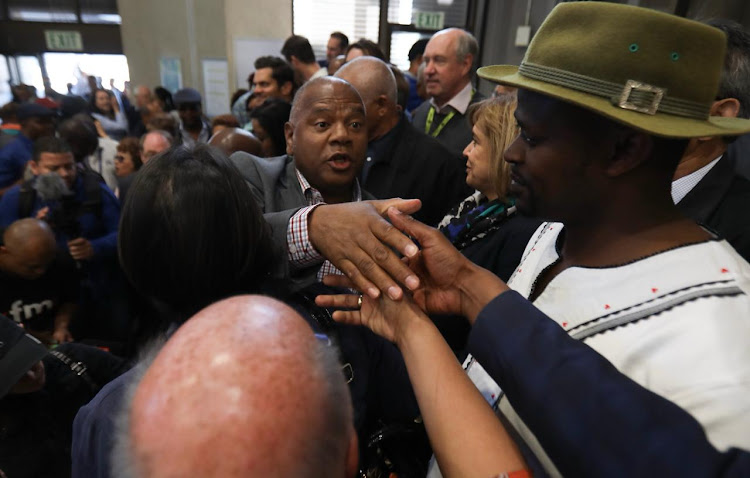 Cape Town mayor-designate Dan Plato greets supporters on Wednesday November 1, 2018, after arriving at the Civic Centre to be sworn in as a councillor.
Image: Esa Alexander

Dan Plato will be elected as mayor of Cape Town next week after being sworn in as a councillor on Thursday.

Plato‚ 58‚ was sworn in by speaker Dirk Smit the day after Patricia de Lille vacated the mayor’s office.

Smit said a special council meeting would be held on Tuesday to elect him as mayor‚ following his selection for the job by the DA.

The former Western Cape community safety MEC was greeted at the bottom of the Civic Centre steps by striking MyCiTi bus workers and at the top by members of the DA caucus in the city council.

The caucus has seven vacancies after the resignation of six proportional representation councillors and one Bonteheuwel ward councillor in sympathy with De Lille.

I leave the mayor's office at 7pm‚ says De Lille

Patricia de Lille confirmed on Wednesday that it would be her last day as mayor of Cape Town.
News
3 years ago