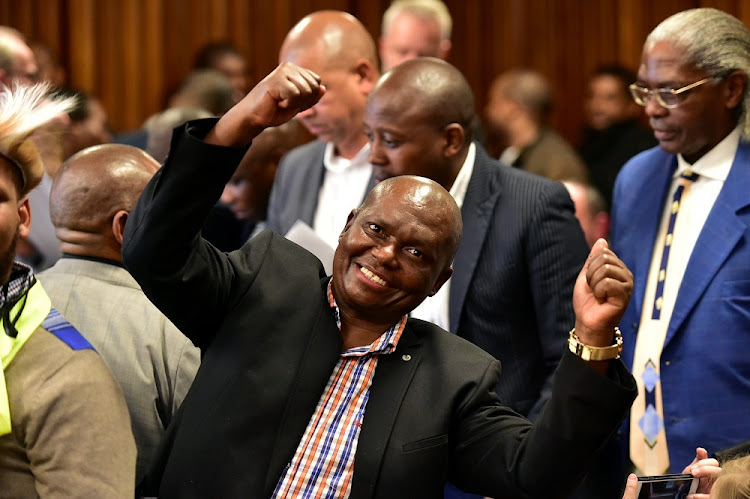 The new political leadership in Nelson Mandela Bay will channel the entire budget for the next financial year to its townships and northern areas – and should residents in more affluent areas report a sewerage problem‚ head of infrastructure and engineering Andile Lungisa will be told to ignore it.

This startling pronouncement was made by mayor Mongameli Bobani at an Integrated Development Plan (IDP) meeting at the Nangoza Jebe Hall in New Brighton.

Bobani‚ who was caught on camera making the statement on Thursday‚ backtracked somewhat on Friday‚ saying he had been speaking figuratively and not literally.

However‚ he had made no bones at the meeting about the fact that it was time residents in more affluent areas also experienced blocked drains and sewage spills.

Addressing dozens of New Brighton residents‚ Bobani said 100% of the municipal budget would be channelled to the townships.

'Coalition under Mongameli Bobani must have chance to prove itself'

Patriotic Alliance has withdrawn its support of the Nelson Mandela Bay DA-led coalition.
News
3 years ago

The Nelson Mandela Bay Ratepayers’ Association said it would fight any move to sideline residents in specific areas of the metro.

The municipality is reviewing the IDP and budget before the draft budget for 2019/2020 is tabled in council in May.

The plan is to meet residents to establish what the priorities are for the various wards.

“The money that was meant to come here was not coming here‚” he said.