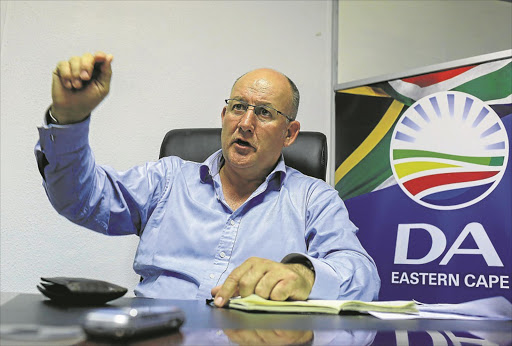 The Democratic Alliance’s coalition partners and opposition parties in Nelson Mandela Bay have filed their intention to move a motion to have Mayor Athol Trollip and Council Speaker Jonathan Lawack removed.

The motion – put forward by United Democratic Movement councillor and former deputy mayor Mongameli Bobani and Patriotic Alliance councillor Marlon Daniels – is expected to be debated at the next council meeting on November 30.

“In line with the above‚ it is clear that the above legislations were contravened. I therefore move that Mr Trollip be removed from his duties with immediate effect‚ as he has disrespected and misled this municipality‚ resulting in a lawsuit.”

Daniels also called for a new mayor to be appointed with immediate effect.