Bay mayor on the roll 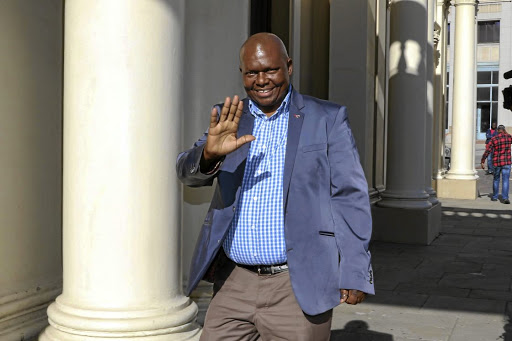 Months after she lost out on the job of public health executive director - a position new mayor Mongameli Bobani had been gunning for her to get - Nombeko Nkomane is set to be back in the Nelson Mandela Bay municipality as his chief of staff.

Nkomane was Bobani's advisor when he was deputy mayor and political head of the public health department.

Bobani confirmed yesterday that Nkomane would be appointed chief of staff. "[Ms Nkomane] worked with me a lot when I was the deputy mayor. When her paper work is concluded, she will be the chief of staff," Bobani said.

The fact that Nkomane was not appointed public health executive director in March last year, was one of the causes of the fall out between Bobani and former mayor Athol Trollip.

Bobani subsequently pulled out of the coalition with Trollip - at the time - and was ousted as a member of the mayoral committee and later deputy mayor.

But with him at the helm of the city now - unless the courts decide otherwise - Bobani said he would announce the rest of his political support staff by Friday.

"We have only been in office for two days, we are trying to settle in," Bobani said.

He added that he would meet with director in the mayor's office Roelf Basson to discuss the appointments of his political support staff, including his spokesperson.

Political staff attached to Trollip were given until Friday to vacate their positions and offices.

The DA and its coalition partners - Cope and the Patriotic Alliance - on Friday filed their court application to have the election of the new government in Nelson Mandela Bay declared null and void.

Meanwhile, officials from the national Department of Cooperative Governance and Traditional Affairs (Cogta) were in the Bay on Friday to investigate what had transpired at last Monday's council meeting where a new political leadership was elected.

City manager Johann Mettler said he had met with the delegation from Cogta.

Mettler declined to divulge any further details, saying only: "The officials wanted to verify a number of facts related to Monday's council meeting."

The delegation was supposed to meet with all political parties, but met only with the DA.

DA councillor Retief Odendaal claimed the ANC, UDM and other smaller parties had given the delegation the "middle finger".

Cogta deputy director-general Themba Fosi said the aim of the meeting was to gather information to understand the facts around the council meeting.

Fosi confirmed the delegation of four officials had met with the DA and its coalition partners on Friday.