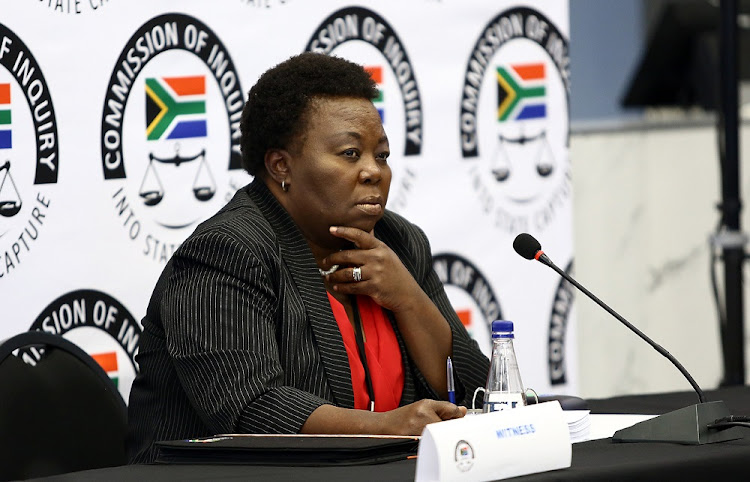 Former government communications head Mzwanele "Jimmy" Manyi sent a text message to a witness testifying before the Zondo inquiry into state capture in an apparent attempt to influence her testimony.

Phumla Williams‚ the acting director-general of GCIS‚ told commission chair Judge Raymond Zondo on Friday that during the tea break she received an sms from Manyi‚ telling her not to blame him for the controversial The New Age (TNA) breakfasts that aired on SABC. The New Age newspaper was owned by the Guptas at the time.

Manyi confirmed that he had indeed sent such a text message to Williams‚ but said he was only “setting the record straight”.

"Yes‚ I sent the SMS. I was not trying to influence her but she was talking about things that I brought‚ so in the same spirit of that she mentioned the TNA breakfasts and I am only setting the record straight.

"I will deal with my things but the TNA breakfasts happened after my time (at GCIS). It is not my doing and that is all‚” he said.

Zondo instructed commission officials to follow up on the "very serious" matter‚ which Williams explicitly said was an attempt to influence her testimony.

Williams told the inquiry that it was during Manyi's stint at GCIS that the government communications department was strong-armed into agreeing to support the TNA breakfast deal.

Manyi‚ who joined GCIS in 2011‚ said this was not true as the TNA breakfasts were aired after his departure from GCIS.

Williams also told the commission how Manyi‚ after taking over from Themba Maseko as government communications head in 2011‚ changed the entire personnel of the institution's bid adjudication committee which Williams used to chair.

The rules were changed so that tenders that were decided by this committee would only be decided on and finalised by Manyi.

The Gupta family have been accused of giving inappropriate orders to former GCIS CEO Themba Maseko.
News
3 years ago
Next Article