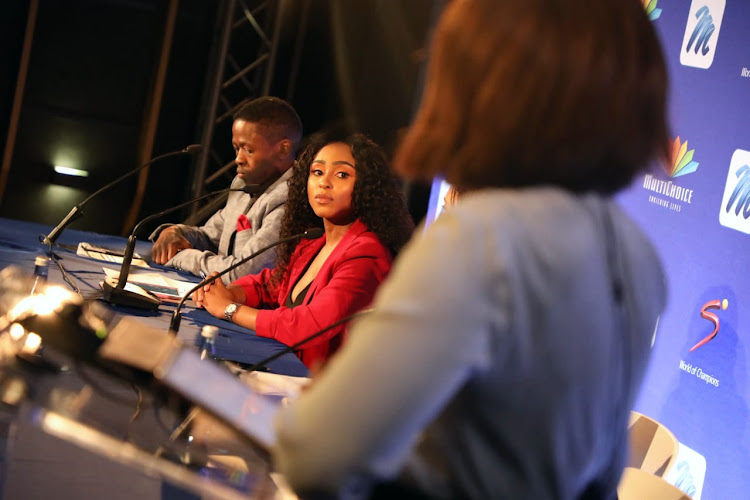 Thokozani Nkosi and Thabile Ngwato owners of Newzroom Afrika were today announced as the successful bidders for the vacant news channel on DStv.
Image: Thulani Mbele

MultiChoice revealed on Tuesday that it had selected Newzroom Afrika to run the news channel on DStv from early 2019.

“Sanef notes the fact that the channel is 100% black owned and 50% women owned.

Newzroom Afrika has been announced as the new black-owned news channel to air on DStv bouquet channel 405.
News
3 years ago

“We also note MultiChoice and Newzroom Afrika’s stated commitment to journalism ethics and independence and the decision to establish an oversight body‚” Sanef said in a statement.

The forum believed that new voices and quality journalism were needed.

“We will be carefully watching this space to see if the new channel’s commitments are upheld. We also keenly await their announcements in early 2019 about their programming offerings and line-up.”

Earlier on Wednesday‚ the EFF demanded that MultiChoice disclose how Newzroom Afrika was selected as the winning bidder to broadcast the new 24-hour news channel.

“We have it on good authority that the chosen company was not the best of those who responded to the bid‚” the party alleged in a statement.

Meet the team behind the new DStv channel Newzroom Afrika

Thokozani Nkosi of Newzroom Afrika said the company was independently owned by him and his partner Thabile Ngwato.
News
3 years ago

The EFF is demanding that MultiChoice disclose how Newzroom Afrika was selected as the winning bidder.
News
3 years ago

MultiChoice has been reported to the Competition Tribunal for allegedly being biased against Afro Worldview.
News
3 years ago
Next Article