Black Coffee speaks out on alleged affair: 'Before you get used to everything‚ you slip up' 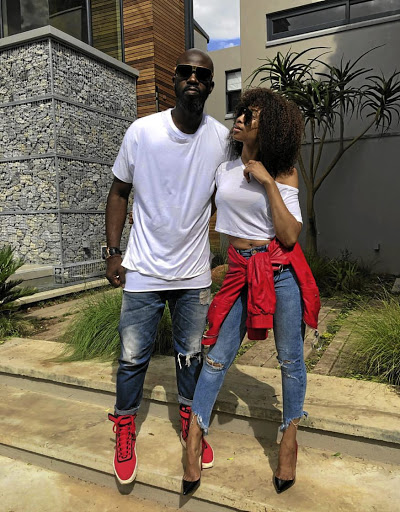 Black Coffee has reflected on an alleged affair that rocked his marriage with actress Enhle Mbali five years ago‚ claiming that when you are young sometimes sudden fame can overwhelm and lead a person to "slip up".

The couple made headlines in 2013 when Sunday World reported the star had allegedly cheated on Enhle with a model and aspiring businesswoman. Enhle claimed at the time that the woman was allegedly trying to extort money from them.

Speaking about the incident to Metro FM's DJ Fresh on Friday Black Coffee said that people needed to understand that he grew up as a kid that had nothing but a desire to be a star‚ and when he suddenly found fame and attention it became overwhelming.

"A man‚ being a man‚ will always be a man. But now when you add the attention from the opposite sex‚ it can be blinding. It is something you will never be immune to as a person. You can try your best and every now and then it's going to catch up with you. The love becomes overwhelming as a person. You become overwhelmed with everything‚ the success. Before you get used to everything‚ you slip up."

Black Coffee said he was grateful for the lessons he learnt and he was now more "woke" than before.

Black Coffee claimed that the media attention the incident got was blown a little out of proportion‚ but said it taught him how human he was.

"With the tabloid stuff‚ it is a reminder of how human one is. Not just being written about but from also the mistakes one makes as a person. It is something that people should understand when you are dealing with someone who is as real as I am.

At the inaugural In Good Company Experience Summit in Sandton‚ Johannesburg this week Enhle also spoke about the incident and reflected on how it was her "sisters" that attacked her when the cheating allegations surfaced.

"A sister did me wrong. I heard comments such as ‘she thinks she’s perfect‚ even Beyoncé gets cheated on’. My own sisters make their way to my husband’s inbox in the industry and out of the industry. The very same sisters that I fight for‚" she said.

Since the incident Black Coffee has committed to being a better partner and often showers his wife with gifts and loved up messages. Occasionally these messages make their way onto social media.

Happy Women 's Day. The Unsung Heroes....the nurtures,the home builders.... Thank you for seeing light in the darkness in me. I appreciate you MaZitha ♥️