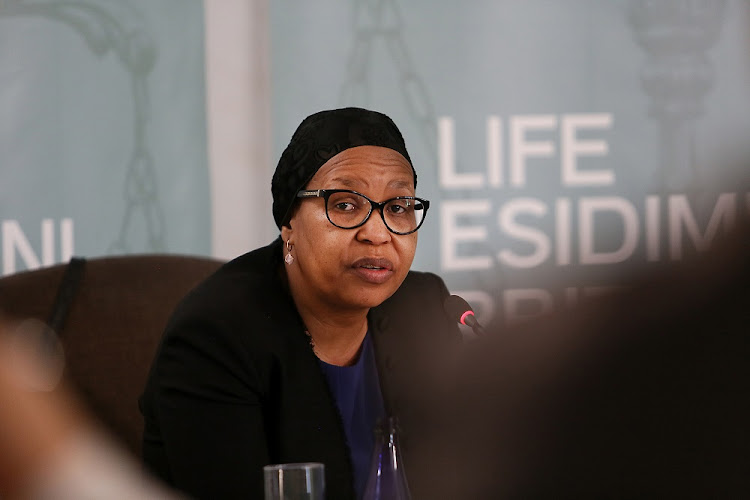 Controversy continues to swirl around the re-election of Mahlangu – who resigned as health MEC after the Life Esidimeni scandal – and Brian Hlongwa‚ who has been implicated in a Special Investigative Unit probe of fraud and corruption worth R1.2bn while he was Gauteng Health MEC.

Radio 702's  Karima Brown asked Lesufi‚ in an interview on Monday night: “How seriously‚ Mr Lesufi‚ can we take this ANC PEC on corruption when these two members have been re-elected?”

Lesufi said it was not as if the party had not acted against Mahlangu. “Is comrade Qedani still an MEC? No. Is comrade Qedani still a member of the provincial working committee of the ANC? No. Did the ANC-led government act on the recommendation of the (health) ombudsman? Yes. Did they institute a hearing so that family members can have closure? They did‚” he said.

Mahlangu quit after a damning report by the ombudsman revealed that 144 mentally ill patients had died after being removed from Life Esidimeni facilities to ill-equipped NGOs.

Lesufi said the party was dealing internally with Mahlangu.

The R159-million Esidimeni bill has been paid

The Gauteng Executive Council on Wednesday said it had settled the multi-million rand financial claim linked to the Life Esidimeni tragedy.
News
3 years ago

“The only unfortunate part is the ANC took the matter to its ethics committee to deal with and unfortunately (was) delayed‚” he said.

“The perceptions of people matter … people understand process but they also want to see that ANC leaders who do wrong‚ do not stay in the same powerful jobs‚ do not get the same salaries‚ do not get re-elected‚” said Brown. “Surely there must be something wrong with a conference that elects a former MEC under whose watch hundreds of the most vulnerable of South Africans died …. It is as bad‚ if not worse‚ than the Marikana massacre‚” she added.

Lesufi said the party had accepted that the Esidimeni tragedy was a blight on their administration.

“We accept that this is something which is unfortunate‚ something we need to assure South Africans will not reoccur‚” he said.

“It’s quite clear that South Africans want us to act on this matter‚” he said.