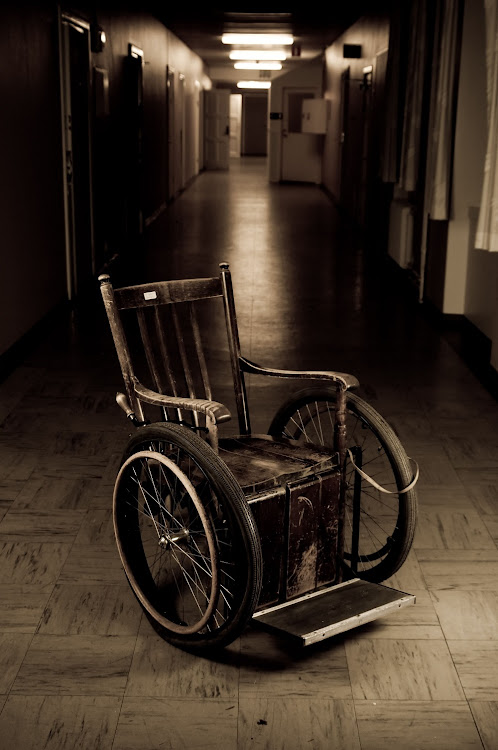 Still reeling from the devastating Life Esidimeni tragedy‚ patients at one of the homes at the heart of the crisis could run out of food as early as next week.

The Takalani Home for the Mentally Handicapped in Diepkloof‚ Soweto‚ has been left bankrupt by officials who were managing it during the time of the Esidimeni tragedy. And now it has emerged that it has not received its subsidies from the Gauteng health department and may not be able to buy food from next week.

There are currently 110 people housed at the home.

During the Life Esidimeni crisis‚ 37 people died at Takalani and at the Masego Home for the Elderly in Krugersdorp. It is unclear how this death toll is spread between the two homes.

On Tuesday‚ SowetanLIVE joined Democratic Alliance MPL Jack Bloom on a visit to Life Esidimeni. While the infrastructure and condition of the facility are in a satisfactory state‚ administration and finances are in shambles.

Director of the home Judgement Gumede detailed the financial woes to Bloom‚ who had visited to see if there was any improvement after the Life Esidimeni crisis.

Gumede told Bloom that in 2010 the High Court in Johannesburg had interdicted the then board of Takalani from performing its duties after allegations of corruption and theft of funds.

An interim administration team was established to run the facility. It was during this administration that the Gauteng department of health moved 1‚712 psychiatric patients from Life Esidimeni to NGOs which were not fit to host them. A total of 143 of these patients died.

Takalani was one of these NGOs and it shared the same licence with Masego in Krugersdorp.

During the Life Esidimeni arbitration hearings‚ retired Deputy Chief Justice Dikgang Moseneke said Takalani was a “death trap” and that “women were exposed to potential rape”.

DA has tabled a motion of no confidence in Gauteng premier David Makhura.
Opinion
4 years ago

Two psychiatric patients also contracted typhoid at the facility due to a lack of hygiene.

The administration which had run Takalani at the time of the Esidimeni crisis had since left‚ Gumede explained. Two of the senior people who managed the facility at this time face 99 charges for allegedly stealing money and defrauding the organisation.

In November 2017‚ the interdict which had stopped the previous board from executing duties at Takalani was rescinded. That opened a way for the new board to take over. The court also ordered Masego‚ which was administering the institution‚ to vacate the Takalani premises.

Gumede was part of the old leadership which was stopped from doing its work. Then health MEC Qedani Mahlangu had earlier commissioned investigations into Takalani’s finances.

Gumede said the sister who was the clinical manager had resigned. One other person who was in management had been ordered to vacate the position‚ while others had resigned and another had simply absconded not having accounted for what happened during the Esidimeni crisis.

Takalani now houses 110 patients in total. Of these‚ 58 severely intellectually disabled people – 30 men and 28 women‚ all aged between 6 and 24 – are linked to the Gauteng department of health.

There are currently no Life Esidimeni patients at Takalani.

Gumede detailed the state of affairs.

“When we came in we had no records. Records had just gone out of the institution. In terms of administration‚ there were no proper records. Critical information for the running of the institution was deleted on the computers by the previous management.

“At ward level‚ we had to go and dig on our own to find patients’ records. We found them locked in one of the wards. We had to unlock the door‚ take out patient information and see how many patients are here and then start counting afresh.

“Tax clearance certificates had been withheld since 2006. There has been non-compliance in terms of compliance as an NPO…In finances‚ we found nothing. All the money that was there had been taken by individuals. All those donations that were coming into the organisation were all taken‚ stolen out of the institution. No one is able to account [for what happened].

“Last time when we got a report [update] from the Hawks they talked about R40-million‚” Gumede said.

When Bloom asked him if Takalani has some money in the bank‚ Gumede answered: “No. We are trying other means. We had an agreement in March for the last quarter [of the financial year] to be paid to Masego so that they could buy things for the institutions.”

Moseneke donates R400k of his Life Esidimeni fees to UWC

Former deputy chief justice Dikgang Moseneke has donated R400‚000 of the money he was paid for his work in the Life Esidimeni arbitrations to the ...
News
4 years ago

Staff at the facility has not been paid as documentation is not in order‚ an issue that Gumede said they are working on. An application for patient funding has already been made.

Acting director of mental health in the Gauteng department of health Kobie Marais said the Public Finance Management Act dictated that documents must be in order for the department to make payments.

But Bloom then asked: “What are you doing for food? Do you go to supermarkets and ask?”

Gumede replied: “There is some money which we received through donations –through Sassa (South Africa Social Security Agency). We took money from them and supplemented the groceries. Currently our fridges are not full. For tomorrow there is something [to eat] but by next week it will be finished.”

In his report released in February last year‚ Health Ombudsman Malegapuru Makgoba recommended that Masego and Takalani homes be closed down due to non-compliance. But this was appealed and the two facilities were able to remain open for business.

As management battles to get something to eat for the patients‚ there are 15 patients on the waiting list wanting to be placed at Takalani.

In a statement following the visit‚ Bloom said it was vital that the payment issue was sorted out at Takalani and at other NGOs facing similar problems.

“They are one of many mental health NGOs that look after thousands of patients‚ but there have been delays because they first have to sign a Service Level Agreement (SLA). The Department should be assisting NGOs to comply with the SLA‚ but has mismanaged this badly and many NGOs are struggling and might have to close.

“There could be another Esidimeni if the payments are not made soon. I urge the Department to streamline procedures and ensure that payments are made so that NGOs like Takalani can continue to look after the most vulnerable patients‚” he said.

The health crisis in the North West could end up being worse than the Life Esidimeni tragedy‚ according to a group of doctors.
News
4 years ago
Next Article