ANC turns on Mahlangu for her role in the tragedy 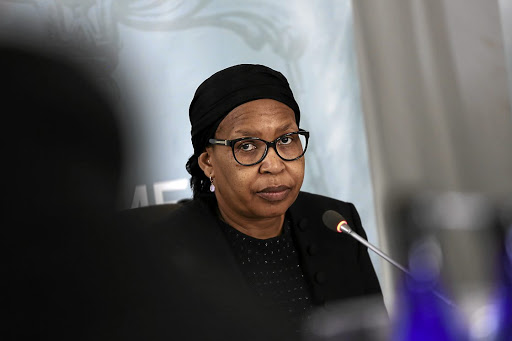 The ANC in Gauteng has hauled its provincial executive committee member, Qedani Mahlangu, before its integrity committee to answer questions related to the Life Esidimeni tragedy.

Mahlangu is due to appear before the committee that is led by ANC veterans Trevor Fowler and Mavuso Msimang.

About 144 psychiatric patients died after being moved from Life Esidimeni to NGOs across Gauteng in 2016 while Mahlangu was health MEC.

"Comrade Qedani Mahlangu will appear before the ANC Gauteng provincial integrity committee as part of the process of internal accountability within the organisation," said ANC Gauteng secretary Hope Papo. Papo said the tragedy had exposed problems in the public health system and the public service in general.

Police confirmed that they had sent dockets to the NPA for a decision on whether to prosecute over the deaths of mentally ill patients.
News
4 years ago

"The public hearings further exposed to the affected families and the public at large the unpalatable details of heartbreaking, reckless and negligent actions that brought shame on the province's health system," Papo said.

The ANC Youth League in the province said Mahlangu must explain to the committee what led to the deaths. "We need to close this painful chapter in our young democracy," said ANCYL provincial chairman Matome Chiloane.

DA Gauteng shadow health MEC Jack Bloom said Moseneke's rewards were a stinging rebuke to the Gauteng government, which offered only R200 000 damages and denied that it was liable for breaches of constitutional rights.

"It is shameful that the provincial government sought to restrict the legitimate claims of relatives of those who died."

The reasons given by the officials for the decision to end the Life Esidimeni contract were not cogent‚ said Justice Dikgang Moseneke on Monday on ...
News
4 years ago

Government must pay R1.2m to Life Esidimeni families.
News
4 years ago
Next Article