Mantashe admits to corruption in his department 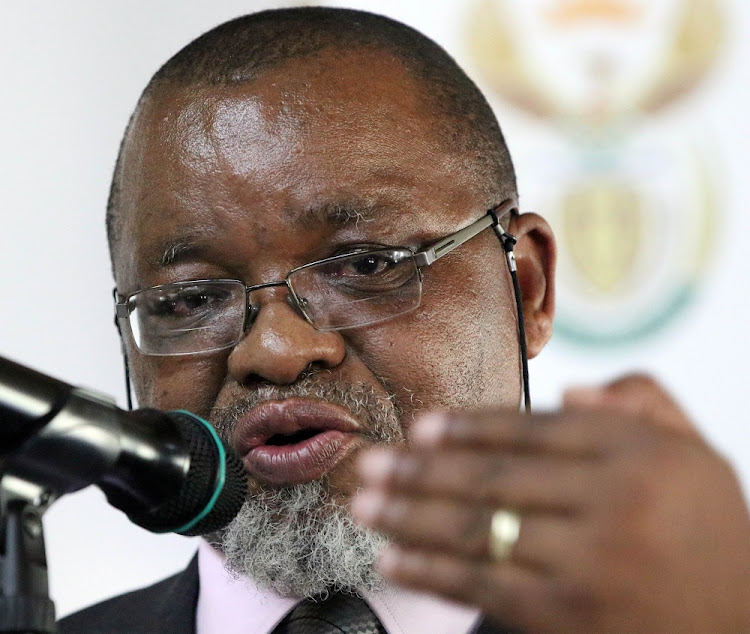 Mineral Resources Minister Gwede Mantashe has admitted to corruption in his department‚ especially pertaining to the administering of mining licences.

This was quite an admission from the rosy picture previously painted by his predecessor‚ Mosebenzi Zwane.

Mantashe‚ who was tabling his first budget policy statement in Parliament on Tuesday‚ suggested that politically connected applicants were unfairly prioritised over others.

Describing the issuing of mining rights and the proper processing of applications for mining licences as key priorities for his department‚ Mantashe also revealed how this aspect of its work was “fraught with greater challenges and laced with corruption; from declined prospecting rights‚ unprocessed applications and unexplained red-tape”.

“The implication of unprocessed renewal applications is that it blocks any other party from applying for mineral rights in that area. No satisfactory reasons were advanced as to why we have these backlogs‚” said Mantashe.

The word in the corridors was that applications from “known” or “paying” applicants were prioritised‚ he said.

“The former Minister of Mineral Resources postponed high-level talks in this regard‚ and no such talks have yet taken place with the new minister‚” ...
News
3 years ago

“To unleash our economy‚ we must overcome this hurdle to ensure that prospectors can prospect and those with the legal permits and the means to mine can mine‚” said Mantashe.

Among various considerations‚ his office is auditing all applications‚ permits and mining rights and looking at various measures to deal heavily with corruption‚ which include applications being dealt with in chronological order with frequent report-backs by chief directors and their respective regional managers to the director-general on their status.

Another concern for Mantashe was health and safety in mining. Since the beginning of this year 33 fatalities have been reported. The 2017 calendar year was the first time in 10 years where a regression in the number of fatalities was reported‚ with the gold sector being the leading contributor. An estimated 30% of the fatalities were from fall-of-ground and seismic-related accidents‚ he said.

Along mining rights and applications for mining licences‚ Mantashe said policy and legislation‚ health and safety‚ and illegal mining along with its related criminal activities were his immediate priorities.

His department has been allocated R1.9-billion for the 2018/19 financial year‚ with a considerable portion of the funding - 51% - going to entities reporting to the department‚ with Mintek and the Council for Geoscience receiving 83% of the transfers for critical work in research and development.

The mining industry is popularly thought of as an industry of men in overalls.
Business
3 years ago

Mantashe said they were aiming to finalise and gazette the Mining Charter by June‚ having taken on board inputs and concerns from stakeholders across the country. Thus far‚ the department had held consultations in five provinces where mining and labour-sending areas were situated‚ he said.

The DA’s James Lorimer said it had been difficult to know how much to believe the department when it presented to the National Assembly’s oversight committee.

“The rosy picture it paints is at variance with what I hear continually from miners and communities. Corruption is clearly a huge problem‚” he said.

“I hear of a senior official who will not discuss a rights application before R5‚000 in cash is on the table otherwise the application goes to the bottom of the pile. Stakeholders believe it is so bad they dare not report this crookery for fear that officials will prevent future access to licences and use spurious safety stoppages as a weapon‚” said Lorimer.

He reiterated his call for lifestyle audits of the department's officials.

The EFF rejected the budget with their MP Thembinkosi Rawula‚ calling on the ANC in Parliament to stop dragging its feet in dealing with the alleged corruption of former minister Mosebenzi Zwane.

“... what did not help this department was the appointment of the corrupt Gupta stooge Mosebenzi Zwane. When he was appointed‚ the EFF warned you that the man is captured and corrupt‚ but you defended him‚” he said.