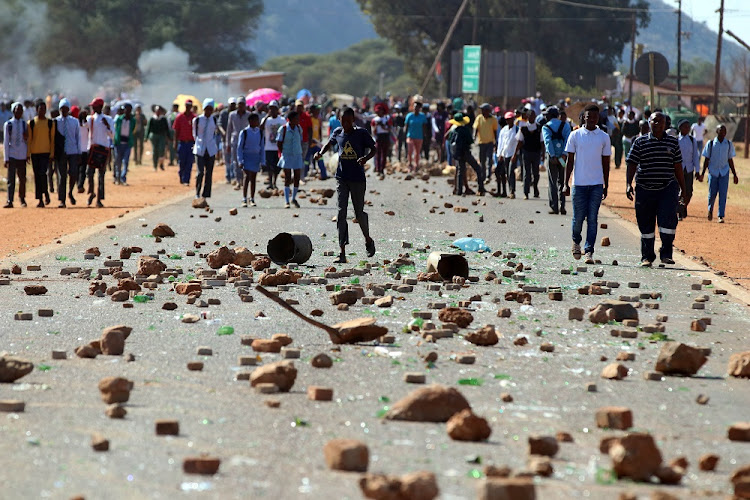 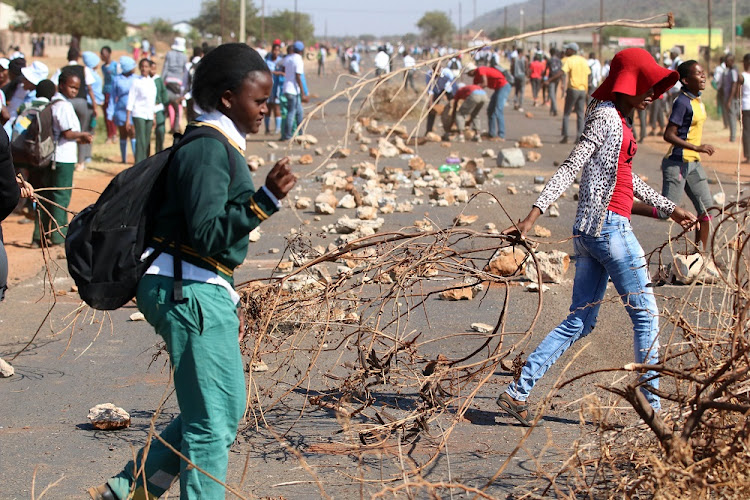 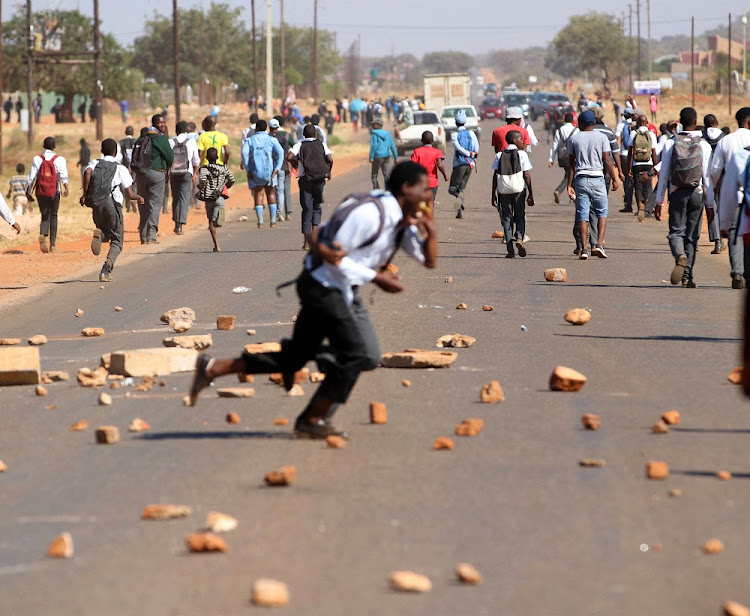 This story has been amended to add a response from Dithabeng Mining Mphahlele to the article, see below:

There was no schooling in Seleteng village, Ga-Mphahlele yesterday as pupils took to the streets to protest against the illegal mining activities taking place in the area.

Pupils in uniforms from various schools in the village filled the tar road with stones, broken bottles and burning firewood as they joined community members in protest to stop the movement of trucks conducting mining activities in the area.

A large contingent of police were deployed in the area to ensure no violence broke out. There was minimal movement of cars as streets became risky to travel during the protests while shops were closed for business.

The community is accusing the Dithabeng Mining Company of conducting its minig activities without any prior consultation with them. Community leader Seakgamotho Mathabatha said the digging started in February last year and that they were never consulted.

“We have notified the Department of Mineral Resources (DMR) about the mining activities in our area and were surprised when officials indicated they knew nothing about it,” said Mathabatha yesterday.

He said they were in possession of a special licence to mine, profits of which would benefit the community.

Committee on Land and Mineral Resources has called for harsher consequences for mining companies who neglect workers’ health and safety.
Business
4 years ago

“The DMR was also requested to come and do an inspection-in-loco but they never came. Suddenly there are mining activities and our people are getting nothing out of it,” he said.

According to Mathabatha, the area had 16 million tons of chrome which could be mined for more than 20 years.

When asked why the protests involved pupils, Mathabatha said no one mobilised them.

“Pupils are members of the community. They organised themselves and decided to join us in the protests,” he claimed.

Mathabatha surprisingly said they would apologise to the pupils for the “inconvenience” they had caused them during the protests.

He said of grave concern was that the company did not have a production plant in the area. “They just load everything, thereby stealing our wealth,” he said.

Spokesman for the provincial department of education, Sam Makondo, yesterday condemned the involvement of pupils in community protests.

“We appeal to communities not to involve pupils as and when there are public protests. Schools must be left to continue with their work of teaching and learning because one day missed of schooling is one too many in the education of a child,” Makondo said.

He said they were worried that they were finalising preparations for the half-yearly examinations and wanted the process to go “uninterrupted.”

Police spokesman Brigadier Motlafela Mojapelo said one of their members was injured during the protests and one police car was also damaged.

He said no one had been arrested in connection with those violent protests.

Messages left on the mobile phone of Ayanda Shezi, spokeswoman for the DMR, had not been returned by the time of publishing.

This is what Dithabeng Mining Mphahlele had to say on the matter:

“Dithabeng Mining Mphahlele is a black majority owned and managed company. Dithabeng and the Mphahlele Community Trust have been in negotiations since early 2016 where after an agreement was reached in early 2017. On 25 February 2016, Dithabeng and the Trust signed a ground-breaking agreement in Mphahlele which historic occasion was attended by 1200 members of the community. The 64-member traditional council members were also present. During 2017, as a result of fractions amongst the Mphahlele Royal Council and the traditional communities, various court applications were brought before the High Court in Limpopo. An urgent application was brought by Nkopodi and Dithabeng was cited as a respondent in which relief was sought relating to prospecting rights. In terms of a court order granted on 17 October 2017, by Judge President Makgoba, Dithabeng was ordered to comply with the terms of the prospecting permit and work programme subject to its operations being monitored by the DMR pending the finalisation of a review application. Dithabeng was never implicated in the application nor was it found to be mining illegally, a false allegation perpetrated by the media. An adverse finding was not made against Dithabeng and as a result of the favourable outcome it was awarded legal costs in its favour. Further the Judge pointed out that Dithabeng is not a party to the dispute and must be allowed to continue with the prospecting rights. Dithabeng has established various social responsibility initiatives within the Mphahlele community to uplift the community.”