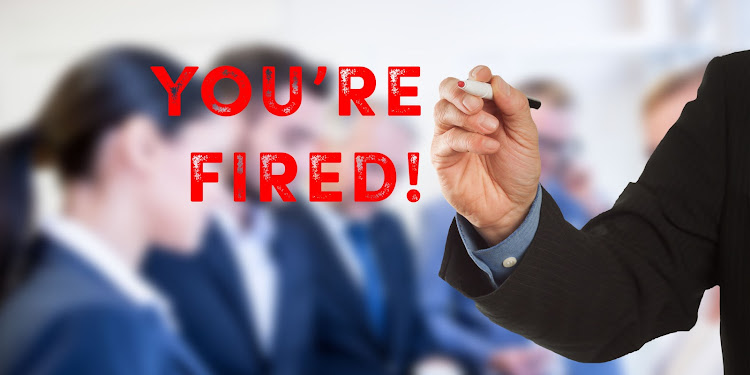 Two KwaZulu-Natal department of agriculture and rural development officials have been fired for fraud and corruption amounting to R5-million. The pair colluded with service providers by inflating invoices to get kickbacks.

The department has laid criminal charges against both officials and the service providers in a bid to recover the money. Other implicated officials have resigned from the department.

However‚ the department would not reveal the names of the officials and the service providers implicated but the officials were linked to its supply chain management division.

“An example of this unprofessional conduct is the recent R5-million fraud and corruption scandal involving various staff members‚ including those from supply chain management. I would like to note that in regards to this matter‚ two staff members have been dismissed‚” he said.

“The department has opened criminal cases against both staff members and service providers and we have further requested that the state attorney assist in the recovery of the money.”

The newly-formed ANC Provincial Interim Committee - set to lay the foundation for a rerun of the provincial elective conference in three months - ...
News
4 years ago

Mthembu also told the committee that KZN Premier Willies Mchunu’s office was handling the forensic investigation into the alleged fraudulent use of an estimated R100-million meant for drought-relief budget meant to assist stricken farmers.

He said the alleged fraud had led to the suspension of the then department head Dr Siphiwe Mkhize who has since resigned after being placed on precautionary transfer to the premier’s office.

Mthembu said he had written to the provincial treasury seeking an urgent intervention in the department’s supply chain management unit.

“I’m happy to inform the portfolio committee that cabinet has approved the intervention by the treasury into the department finance section and supply chain management unity‚” he said.

Mthembu also announced that the department’s entities - Mjindi Farming in Jozini‚ Ntingwe Tea Estate in Nkandla and Agribusiness Development Agency - will now be amalgamated into one unit responsible for the commercialisation of agriculture and agribusiness development.

“Furthermore‚ we have discovered that there are serious challenges in the projects have been pursued by the agency. This necessitated department intervention on the daily operations and running the entity. We’re pursuing a forensic investigation into all its projects‚” said Mthembu.

A forensic report‚ commissioned by former agriculture MEC Meshack Radebe in 2012‚ and which cost the province R10-million‚ but has not been made public‚ uncovered a series of alleged misspending of taxpayers money on the Mjindi Farming project.

The report revealed that: - Seed potatoes ordered for the project cost R45-million but only R9.3-million of the actual goods were delivered — which resulted in R13.6-million in fruitless and wasteful expenditure‚ R28.2-million irregular expenditure and R14.1-million unauthorised expenditure; - Cabbage seeds for R1.8-million were paid for but only R927 worth of seeds was accounted for and R1.95-million of onion seeds were paid for but only R1.5-million were accounted for; and - Irrigation pipes worth R11.9-million were bought but R4.4-million worth of those pipes were found to be unsuitable for use.

In October last year‚ the department announced that it was planning to invest R57.1-million to revive the struggling Ntingwe Tea Estate.