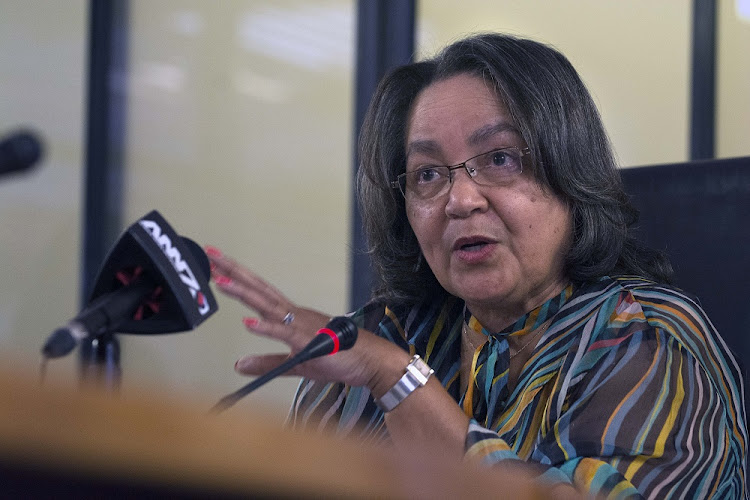 Will the ANC woo Patricia de Lille after the DA casts her aside? It might seem a big leap from DA mayor to arch-rival ANC‚ but this is not entirely far-fetched.

The speculation over De Lille’s future political home comes after another lucky escape for the beleaguered Cape Town mayor on Wednesday after the ANC withdrew it’s seemingly ceremonial motion of no-confidence. The Cape Town city council would almost certainly have voted her out of office - as was proven when Western Cape DA leader Bonginkosi Madikizela allowed the DA caucus to vote with the ANC just before council met on Wednesday morning.

But while the DA is eager to vote out a mayor whose controversial leadership style has become a headache for the party‚ the ANC took notice of how De Lille snatched even their strongest pockets of support in the metro from underneath their feet during the 2016 local government election.

“Yes she is corrupt‚ but she can be rehabilitated (and the quicker she leaves the DA by her own accord the better)‚” is the golden thread which flows through the ANC’s media statements since news broke of allegations of tender irregularities in some of the city’s biggest projects and De Lille’s complacency to deal with it.

ANC withdraws motion of no confidence in Patricia de Lille

ANC's decision to withdraw their motion of no confidence in Patricia de Lille.
News
3 years ago

ANC leader in the Western Cape‚ Xolani Sotashe‚ told the publication that De Lille is “corrupt” but that they would still accept her into their ranks.

“As the ANC‚ there is no-one that we say we can’t accept in our ranks. If she wants to come‚ if she’s got an interest in the ANC‚ we will engage. Anything is possible. There is no dustbin for a human being. People can be rehabilitated‚” he said.

Although De Lille was a major key to the DA’s decimating victory in Cape Town‚ and the Western Cape‚ Sotashe is not entirely convinced she could guarantee the ANC the same result.

“We could say yes if it was 2016‚ we saw what she was doing across the city. But now‚ she’s being terrorised now by the leadership of the DA‚ the Fedex [federal executive]‚” he said.

“We don’t see her constituency rising up and say you can’t do this to our person. We are not sure about the support you are talking about‚ that support must be tested‚” he said.

Sotashe said that De Lille also seems to have lost the support of the majority of coloured people in the city because “people are gatvol of a person who is not trustworthy”.

“Even now‚ she’s not running to her support base‚ she’s going to the African base to ask for sympathy. The question is why she is not going to her base. She is having problems with her base‚” he said.

“It’s difficult to measure her support now but all we are saying‚ (despite) all those things‚ we can’t allow white liberals within the Democratic Alliance to terrorise black people in the DA and use them. When they are done with them they dump them like used condoms‚” he added.

In two weeks’ time‚ council will vote on another motion of no-confidence‚ this time tabled by the DA. The ANC vote might not matter then‚ but fate might have it that De Lille could be mayor in a few years time again‚ this time under the green‚ black‚ and gold.

Patricia de Lille was set to be ousted as mayor of Cape Town on Wednesday.
News
3 years ago

Patricia de Lille will on Wednesday answer for R47-million in “irregular expenditure”.
News
3 years ago

The tensions between Cape Town mayor Patricia de Lille and the DA have exposed the party’s dirty linen in court papers.
News
3 years ago

De Lille hits back: 'DA makes a mockery of its own values'

Cape Town mayor Patricia de Lille mounted a furious attack on the DA and its Western Cape leader‚ Bonginkosi Madikizela‚ accusing them of being ...
News
3 years ago

De Lille funds her own legal guns in battle with DA

Patricia de Lille is worried her own party might plot with the ANC to snatch the mayoral chain from her next week.
News
3 years ago
Next Article