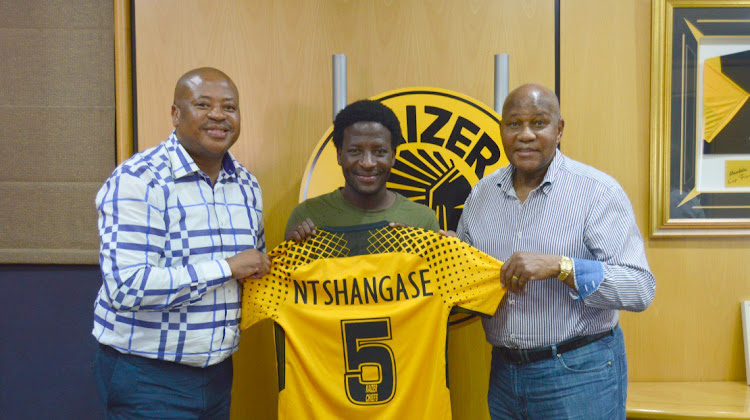 The January transfer window has slammed shut with a number of Premier Soccer League clubs making significant changes to their squad.

SowetanLIVE picks out 10 transfers that‚ while maybe not containing the biggest names‚ could be ones to watch for a variety of reasons in the second half of the campaign.

This transfer came a little from left-field‚ but Chiefs are over-stocked in the central defensive positions.

It was still something of a surprise that they let Gordinho go‚ after mostly positive performances this campaign.

It is clear that he has gone for game-time and if he can put in a good shift to the end of the season under a well-organised coach in Veselin Jelusic‚ bigger things might be in the offing.

This appears to be one of those ‘shop window’ moves.

The 17-year-old Le Roux was recalled early from a loan spell at Stellenbosch FC in the National First Division and anyone who has seen him play will know just why.

He is a real star in the making‚ with silky skills and an excellent footballing brain for one so young.

He joins a SuperSport side that is battling on the domestic front‚ but could well play a major role in their CAF campaign that gets underway in March.

Mncwango will be hoping to resurrect his career after a nightmare last 12 months at Polokwane City‚ where he was frozen out of the side for allegedly expressing his desire to leave.

This after he had netted 14 goals in the 2015/16 campaign‚ form that made him hot property and would ultimately lead to a Bafana Bafana cap.

At 30 he is no spring chicken‚ but it will be interesting to see if he can be the goal-scoring threat Wits so desperately seek.

A player there has been much written about in recent times.

The Zambian international forward could be something of a coup for Pirates.

He is his country’s reigning Footballer of the Year and made another big impression at the 2018 African Nations Championship recently.

He is certainly a goal-scorer‚ something The Buccaneers lack in their squad at the moment and having compatriot Justin Shonga at the club should help him settle quickly.

There is no doubting Ndoro’s quality and he has already made a difference leading the line for Ajax this season‚ with the club winning two of the three games he has played in.

But should he be there?

That is a question that might end up in the courts‚ with not just the PSL as an interested party‚ but also Ajax’s relegation rivals.

Ndoro has now played for three different clubs this season‚ against FIFA regulations‚ but where does the blame for his registration lie?

Ajax or the league?

The Dispute Resolution Chamber has ruled in his favour‚ but the PSL have appeal the judgement‚ so this story is not over.

Norodien started at the weekend for Pirates against Platinum Stars and then days later was told he was going on loan to the North West province.

Just how he took that decision is unclear‚ but it does give him the chance to rediscover his best form having not yet fired since making a move to The Buccaneers from Ajax in July 2016.

Six league starts and a single goal in 18 months is a poor return for a player with undoubted ability.

Ntshangase has had to wait a long time for his shot at the big-time having been a target for a host of clubs for a number of seasons while at second-tier Black Leopards.

The playmaker was finally given his move to the PSL when he joined Baroka at the start of the campaign‚ and within six months finds himself at Kaizer Chiefs‚ who have been long-time admirers.

Leopards had quoted Chiefs a higher price than they sold the player to Baroka for‚ so was it all just a way to get him to Naturena in the end?

Rusike was a much admired player at Kaizer Chiefs despite his limited game-time‚ helping the club to two league titles‚ the Nedbank Cup and MTN8.

But he only made 10 league starts in three seasons‚ netting three goals‚ before leaving for Sweden and then Tunisia.

So it could be said he has something to prove at City‚ where he will play in an attacking line-up that provides scoring chances for the forwards.

The competition for places at the top of the pitch is now quite fierce though.

Sirino comes as an unknown for South African fans‚ though Sundowns coach Pitso Mosimane has clearly done thorough homework on the Uruguayan forward.

Much will be expected of him purely because of the fact he comes from South America‚ and the team is known for that old ‘piano and shoeshine’ style.

The fact that Khama Billiat did not move in the January transfer window could complicate things for him initially‚ but it will be fascinating to see how he goes in the remainder of the season.

Twala’s situation is similar to that of Norodien‚ though he had fallen well out of favour at Naturena having not played since September.

He has been given the opportunity to showcase his talent again at Maritzburg United‚ who are a team full of confidence under rookie coach Fadlu Davids.

This move could be important for the 27-year-old in deciding where his career goes next.

Retired athletics legend Usain Bolt is dead serious about pursuing a soccer career but if his performance at the Mamelodi Sundowns training session ...
Sport
3 years ago

Former Bafana Bafana coach Ephraim "Shakes" Mashaba has thrown his weight behind a new forum whose aim‚ according to a spokesman‚ is "regime change" ...
Sport
3 years ago

Retired Jamaican athletic superstar Usain Bolt joined Mamelodi Sundowns at training on Monday morning and showed a glimpse of what he can do on a ...
Sport
3 years ago
Next Article