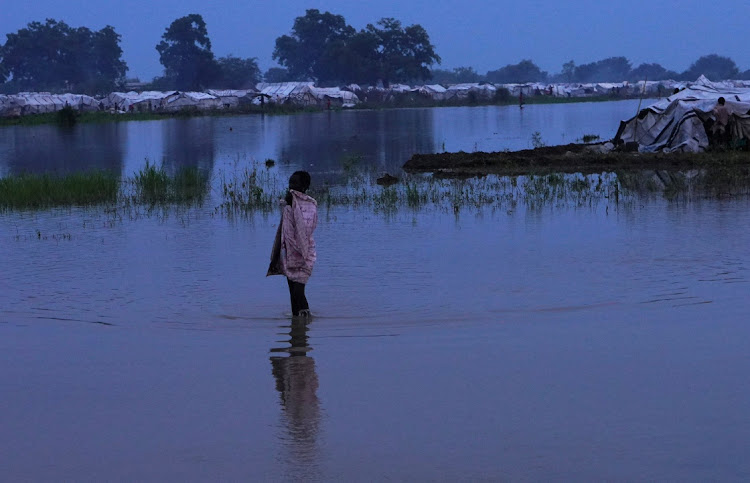 By the time the waters started rising, ethnic violence had already forced South Sudanese mother Vorgol Poulo, her husband, and their seven children to flee their home twice this year.

They were desperate to stay home when the rains began in July but ten days of heavy rainfall destroyed most of their possessions, forcing them out for a third time.

"The cows are sick. We have lost so many, we don't know the number," said Pulo, who sold charcoal before flooding put most of the market under water.

She spoke to Reuters on a patch of grass poking above standing water, near the remote town of Pibor as thin cows limped by.

The family cannot afford plastic sheeting for shelter or firewood, she said. Like most people in the area, they now eat once a day.

The worst rains in living memory have forced nearly 370,000 people to flee their homes since July, and roughly half of South Sudan's 78 counties have large swathes of land underwater, the U.N. says.

Covid-19 to worsen stillbirth epidemic, while SA's record is poorest of Brics countries

Welcoming a baby into the world should be a time of great joy, but for too many mothers it’s associated with grief as their babies die even before ...
News
1 year ago

Scientists attribute the unusual rains to cyclical weather pattern that has been exacerbated by climate change.

Oil-rich South Sudan was already reeling from five years of civil war, which ended in 2018 with a fragile peace deal. Attacks by bandits, ethnic militias and hold out groups are still common.

Standing barefoot in a half metre of water outside her thatched roof hut in Pibor this week, she said she is struggling to help her sister and her five children, who fled the nearby village of Gumuruk after fighting broke out.

"They came with empty hands," she said.

Twelve months of cycling between flooding and violence have left communities desperately needing food, shelter, and water, said Joshua Rosenstein, Pibor field coordinator for the aid group Doctors Without Borders. The town is also seeing a spike in measles and malaria cases, he said.