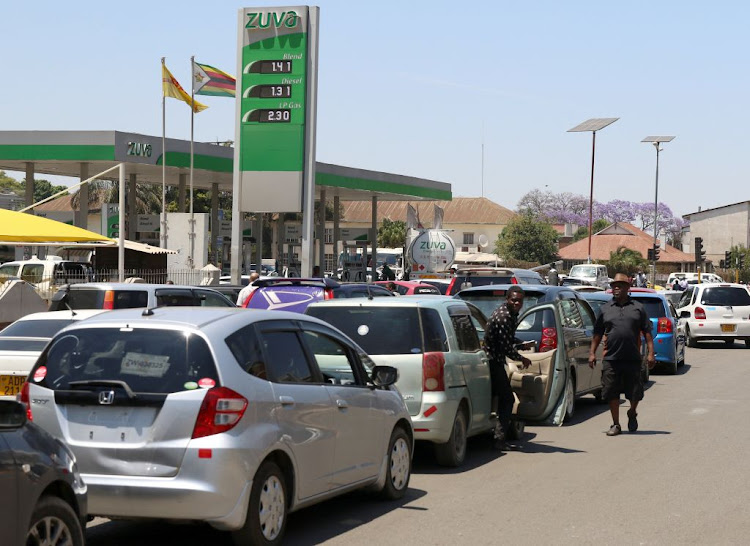 Foreign currency shortages that triggered erratic supplies of basic commodities, inflation and an increase in the cost of living have made ordinary Zimbabweans an unhappy lot.

The World Happiness Index for 2018 puts Zimbabwe at 140 - down from 138 out of 155 countries in 2017. The unhappiness is evident even among some of the most educated and skilled workers in the country.

A fortnight ago, junior doctors downed tools citing an array of grievances ranging from poor remuneration to horrible working conditions. A spirited campaign by government to urge doctors to “put lives first” fell on deaf ears.

“People are dying in hospitals and I think it is important that ethics are put before everything else,” said finance minister Professor Mthuli Ncube.

Instead of heeding the call, senior doctors on Tuesday joined their juniors in the strike.

The use of live bullets by the military to quell Zimbabwe's post-election violence in August was "disproportionate and unjustified".
News
3 years ago

“We are therefore withdrawing our services with immediate effect. We hope that the situation will be resolved expeditiously so that we may resume providing our services normally and effectively,” doctors said in a media statement.

Most senior doctors are engaged in private practice and locum jobs outside government hospitals. As such they are dedicating their time to paying customers. There are only a few privileged clients but they pay in foreign currency.

“It makes sense to me because in January I will be forced to pay school fees for my son in foreign currency yet government pay me in the useless bond notes,” said one doctor.

Most medical aid associations, in renewing their subscribers' cover in December, demanded payment in US dollars or an equivalent at a parallel market rate. Some companies have since withdrawn medical aid cover for their employees because of this demand.

“The decision of not renewing the contracts has been reached by the group members because the medical aid increased their tariffs and requires foreign currency funding which members or organisation do not have,” read a letter to Liberty Life.

While the doctors’ strike takes centre stage, a group of teachers have been walking around the country protesting against unfair treatment in the wake of an ailing economy. This week broader calls for a strike were raised by the whole civil service threatening to down tools as early as January if their demands for salaries to be paid in foreign currency or a massive pay increase were not met.

Zimbabwean youths intending to go into government employ or attend state tertiary institutions will from as early as next year have to go through the ...
News
3 years ago

However, government has repeatedly said it cannot afford to pay them in foreign currency. At the recent Zanu PF 17th annual people’s conference the ruling party said it would work towards introducing a local currency if the economy improved.

It also made a resolution that government should enact laws that would effectively stop businesses from having a three-tier pricing system.

But business people argue otherwise. Simbisa Brands, a fast food giant, has led the way with what it charges in US dollars being different from the bond price. This is in contrast to the government's argument that the bond note is equivalent to the US dollar.

Stevenson Dhlamini, an economics lecturer at the University of Science and Technology, sees signs of re-dollarisation on the horizon.

“Everyone is already moving towards transacting in foreign currency. It will get to a point where the bond note will have a free fall eventually.  Right now things like fuel which is heavily subsidised by government are sold in bond notes but there are some garages that now charge strictly in foreign currency. If you look closely they are the ones with fuel most of the time and that means back to strictly foreign currency is the way to go, but let the markets take shape on their own,” he said.

Government’s stance that the bond note is equivalent to the US dollar has started showing adverse effects. Ratings agency Standard & Poor's (S&P) has just downgraded Zimbabwe to junk status.

“Due to the worsening situation in the country regarding foreign currency shortages and inflation concerns, S&P DJI will remove index constituents domiciled in Zimbabwe," said the organisation in a statement.

The S&P African Index is used by investors as a benchmark for the African market. It covers companies listed in 13 African countries and tracks the stock market prices of those companies. Zimbabwean companies will now be excluded from that index.