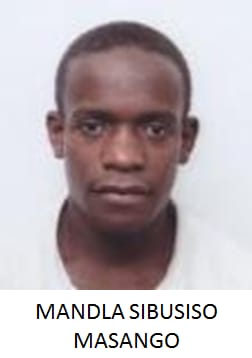 An alleged serial rapist who escaped by absconding bail in Mpumalanga six years ago is now on the Gauteng police's most wanted list for numerous rapes in the province.

Gauteng police are offering a reward for anyone with information that could lead to the arrest of Mandla Sibusiso Masango who absconded bail while appearing at the Hazyview magistrate's court in 2013.

Masango has now been linked to cases in both Gauteng and Mpumalanga, including areas such as Mamelodi, Rietgat, Loate, Hazyview, White River, Culcutta and Lulekani.

Masango allegedly committed the rapes in Gauteng between 2014 and 2016. A warrant for his arrest has been issued, police said.

"Information that may lead to his arrest may be rewarded. The suspect may be travelling between Gauteng and Mpumalanga," Gauteng police said.

Meanwhile, police are also offering a reward of up to R50,000 for information that may lead to the arrest of the suspect(s) involved in the double murder of two young girls aged eight and nine in Tokoza during May 2018.

Their bodies were found in an open veld between Maphazela and Mkhathizwa primary schools on May 15 2018 after they had been reported missing. One child was covered in a duvet and the other was found in a black sports bag.

Serial child rapist in Gauteng sentenced to life in prison

A serial rapist north of Pretoria was sentenced to life imprisonment on Tuesday after his “reign of terror” in 2016.
News
3 years ago
Next Article