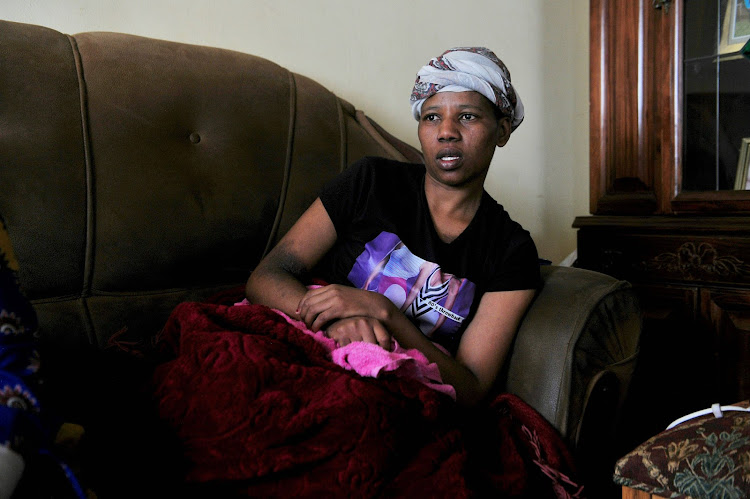 A mother has spoken about her anguish over not knowing what has happened to her eight-year-old daughter who was kidnapped three days ago.

Amahle Thabethe of Tsakane, Ekurhuleni, was abducted near her home while playing with a group of other kids on Saturday.

The grade 3 pupil was apparently called by a stranger who asked her for directions before walking away with her.

An emotional Nokulunga Nkosi was at her wits' end yesterday as she pleaded for the safe return of her daughter.

Nkosi alleges the little girl was kidnapped by a man who is believed to be a serial rapist operating in different townships in Ekurhuleni.

Sowetan previously reported that the man, who is linked to 58 rape cases, mainly operates in Benoni's eastern areas, including Daveyton, Etwatwa, Putfontein and Crystal Park.

At the time, victims of the Ekurhuleni rapist who spoke to Sowetan gave different modus operandi employed by the suspect and said it appeared as though he stalked some of his victims.

Nkosi said she saw her daughter a few hours before she disappeared. 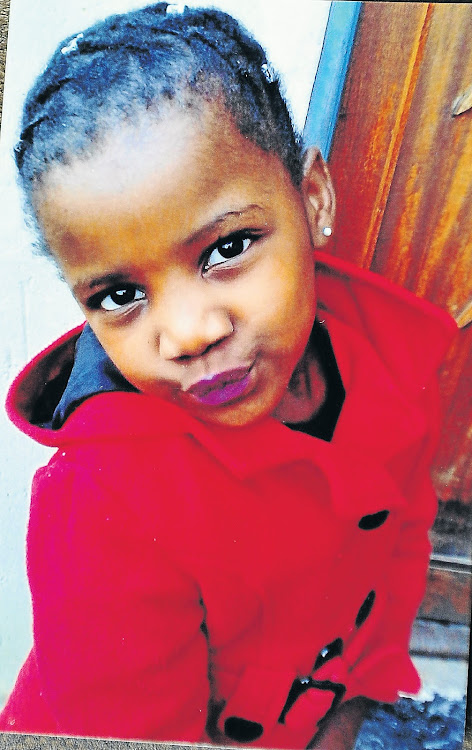 "She said she was going to play with her friends. She was wearing a long sleeve T-shirt and a pair of blue jeans with hearts printed on the right leg. I don't want to believe that that's going to be the last outfit that I'll see her wearing," Nkosi told Sowetan.

"Her abduction is scary and odd because Amahle is a shy girl; she doesn't talk to strangers.

"Her friends said she was taken by a strange man in black shorts and a white T-shirt."

She said the group of friends told her Amahle's abductor said he and her daughter were going to the shops and chased them away, preventing them from following the pair.

She said they asked Amahle's friends to describe the alleged abductor.

"We then showed them a copy of the identikit that we saw in the newspapers and they said it was him."

Duduzile Thabethe, Amahle's aunt, said a private investigator they consulted said the eight-year-old's friends could have identified the abductor as the serial rapist as the image had gone viral.

"But the point is that they are the ones who saw him and they gave us his description before they saw the picture of the guy," Thabethe told Sowetan yesterday.

Amahle's family said they were concerned because police did not open a kidnapping case but opted to investigate a missing person's case.

"How can they say that when she was taken by a stranger? Police need to do more to make sure she is found."

Sgt Lerato Mngomezulu said they were investigating a case of a missing person as the case did not fit into the mould of kidnapping.

"The friends who were with Amahle said she was not forcefully taken but that the stranger asked for directions and Amahle offered to help," Mgomezulu said.

She said she could not comment on the possibility of linking Amahle's disappearance to the wanted serial rapist as investigations were still under way.

Provincial police spokesperson Col Lungile Dlamini
referred all queries back to Mngomezulu when he was contacted yesterday for further clarity on the case.

Two 10-year-old boys from the Montshiwa location near Mahikeng have been “kidnapped”, North West police said on Thursday.
News
2 years ago
Next Article