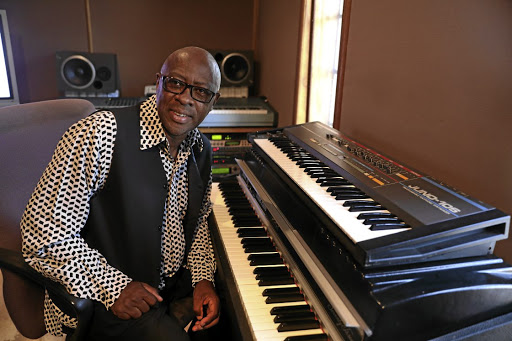 SA music legends Ihhashi Elimhlophe and Don Laka have come together to produce a rare combination of kwai-jazz and maskandi.

The two musicians who are regarded as leaders in their own spheres, have finalised a song together called Laphendlini, a maskandi song fused with kwai-jazz elements. Laka, who has more than 40 years of experience in the +music industry and has released many albums, said he received a flood of calls after mentioning his collaboration on his Facebook page. Laka, who last released an album in 2019, said he was shocked by the response.  The legend from Mamelodi told Sowetan that he decided to collaborate with Ihhashe Elimhlophe, whose real name is Bheki Ngcobo, because they both loved exploring.

“Ngcobo is like me. He is always looking for new things to do all the time. When I contacted him he just asked me … singenanini estudio (when are we going to the studio?) When we got there we just started playing. I followed his amazing guitar style and a song was born.”

“I have learnt a lot from him. When we were working, I threw everything I have learnt from music school out of the window and became myself. I followed how he composes and plays. Maskandi musicians did not go to school to study music but they create magic in the studio. Even house music people and DJs enjoy collaborating with them because their music is adoptable and can be turned into anything.

“Ngcobo is such a brilliant lyricist. He does not write down lyrics. After we created the rhythm he just comes in with the song and he will just flow. He is one of the best artists we have in SA.”

Laka said they wanted to release a video of the song before dropping the song next month. Ihhashi Elimhlophe did not want to comment on the project as yet.

Late jazz legend Sipho Gumede's endless love for his first child Mantombi inspired him to compose one of the biggest songs of his career.
Entertainment
1 year ago

Don Laka doesn't remember the number of records he has released since launching his music career in the early '70s.
Entertainment
2 years ago
Next Article