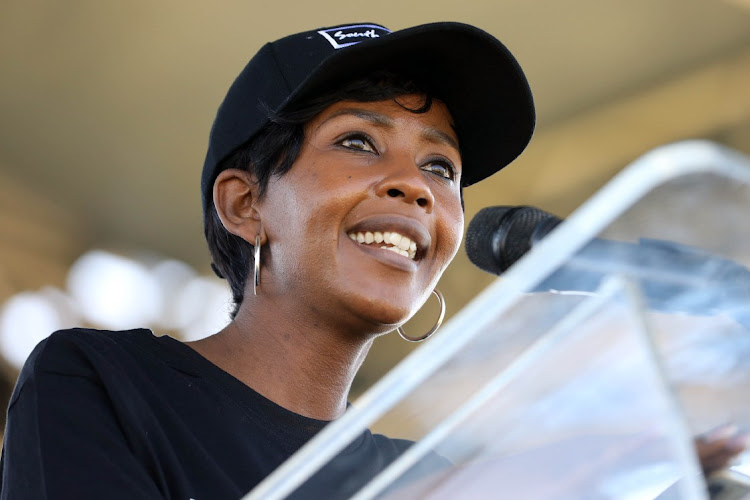 The Gauteng MEC for sports, arts, culture & recreation used her Freedom Day address to call on artists to use their music to raise the consciousness of young people in society.

Speaking at the Freedom Day celebrations at Dawn Park Primary School grounds in Boksburg, Ekurhuleni, Mbali Hlophe said artists have the power to educate the youth about the socio-economic issues affecting the country.

The event, which was organised by the Gauteng provincial government and Ekurhuleni metropolitan municipality, also had the MMC for community services Nomadlozi Nkosi, Dawn Park learners, IsiNdebele traditional leaders, BrandSA and IEC members in attendance.

“Artists have critical power. They have what we call soft power. Artists should produce songs that raise our national consciousness,” said Hlophe.

“Arthur’s song tells about how the white minority oppressed blacks under apartheid. Letta’s song reminds us that we still have a long road ahead to get freedom in our country. It is a problem that we can’t find songs like these today in order for us to raise our consciousness. What are we feeding young people with today’s amapiano tracks?” asked Hlophe.

“This is the day we first voted on. The day we voted for a black man, [Nelson] Mandela.  Many fought for us so that we can see this day. Back in those days [apartheid] we were not even allowed to wear our traditional attires and go wherever we wanted to,” said Mahlangu.

Mahlangu weighed in on the Boulders shopping centre incident in Midrand, Johannesburg, where Ndebele rights activist Thando Mahlangu was humiliated and asked to leave the mall for wearing his traditional Ndebele attire.

“People’s cultures must be respected. Our Ndebele attire and culture must be treated with respect. What happened to Thando didn’t sit well with us. We are hurt and in pain. We should learn to respect each other and stop criticising other people’s cultures,” said Mahlangu.

Freedom Day is a holiday celebrated by South Africans in remembrance of our liberation from a brutally oppressive apartheid system.
Good Life
1 year ago

The EFF held its Freedom Day rally in the Saulsville Arena in Atteridgeville, Tshwane, where the party's leader put the spotlight on the failures of ...
News
1 year ago
Next Article