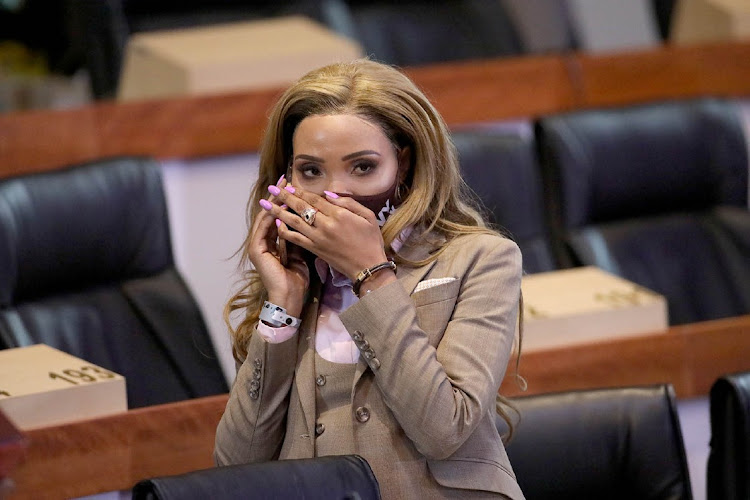 Former minister Malusi Gigaba has more reasons to worry after his estranged wife's shocking revelations which laid to bare his lavish lifestyle sponsored by the Gupta family.

This is according to political and legal experts after Norma Mngoma dropped bombshells on Monday while testifying at the Zondo commission of inquiry into state capture about, among other things, a gold necklace, a white BMW, bags of cash and a R5m wedding –all coming courtesy of the controversial Gupta family.

Political analyst Ralph Mathekga said though Gigaba was already worried ahead of Mngoma's testimony, he now has more reasons to worry.

“This [Mngoma's testimony] is like adding fuel to a raging fire... Gigaba has always been seen as one of the poster boys of the Guptas," Mathekga said.

He said the Gupta issues have followed Gigaba's career even at home affairs as he was involved in their citizenship matter.

“And your spouse is the only one to give much more intimate details like we've seen with Gigaba's dealings here," Mathekga said.

Another political analyst, Levy Ndou, said: “He [Gigaba] should be worried. He wanted her testimony to be secret... Norma said what she knows, which Malusi seems to have forgotten."

Law expert Dr Llewellyn Curlewis from the University of Pretoria said though Mngoma's testimony raised suspicion as it contained serious and incriminating information, from a legal perspective it had not yet been examined.

“Her testimony, although incriminating, was not yet tested under any cross-examination, even though it does raise serious suspicion," Curlewis said.

Mngoma mainly testified about her family's relationship with the Gupta family, which is accused of having captured the state during former president Jacob Zuma's tenure.

Mngoma also revealed how Gigaba was allegedly given a white BMW 3 Series as a gift by Ajay Gupta. Another gift from Ajay included a gold necklace as a present for their firstborn son.

She also revealed how Gigaba frequented the Gupta household in Saxonwold, Johannesburg, and got bags of cash.

Mngoma also spoke of how Gigaba packed stacks of cash in their home safe and told her it was money from Ajay Gupta meant to fund elections for the ANC.

She also revealed how Gigaba was told by Ajay Gupta he would be made public enterprises minister months before the appointment was made. Mngoma said Gigaba was also told by the Guptas how Brian Molefe would become the next CEO of Eskom months ahead of the announcement.

She also alleged that Gigaba shared a friendly relationship with Siyabonga Gama to the extent that he used the former Transnet CEO to score a job for his sister at the parastatal.

Norma Mngoma, estranged wife of former minister Malusi Gigaba, took the stand at the state capture inquiry on April 26 2021. Mngoma levied allegations against her ex-husband during her testimony including threats that the former minister would be moved back to the home affairs portfolio if he did not follow instructions.

Mngoma's testimony was delayed when Gigaba tried, unsuccessfully, to block her from testifying, citing spousal privilege, and revelations about their minor children. He had further asked that Zondo allow an in-camera testimony by Mngoma, which would have excluded the media and public from viewing the hearing.

Commission chair, deputy chief justice Raymond Zondo, dismissed the application, allowing for the testimony to go ahead. This was despite the reluctance of Mngoma to testify due to misgivings about how the commission had handled her affidavit.

Mngoma gave a shocking testimony about how her wedding in 2014 cost between R4m and R5m – paid for in cash mainly by Gigaba.

She explained to the commission that it was not odd that the wedding cost that much as it was two weddings – a white wedding and a traditional wedding.

ANC president Cyril Ramaphosa is expected to testify at the commission today.

A gold necklace, a white BMW, bags of cash and a R5m wedding — these were some of the shocking revelations shared by Norma Mngoma on the lavish ...
News
7 months ago