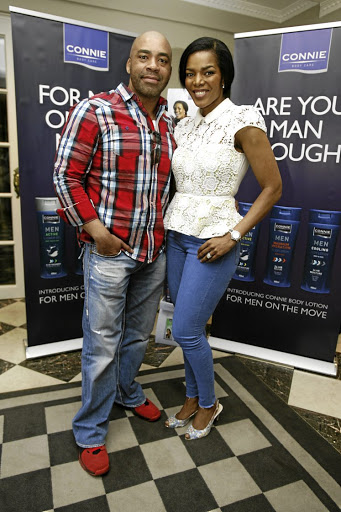 Shona and Connie Ferguson of the Ferguson's Film. /Tshepo Kekana

Connie and Shona Ferguson's TV show The Queen has delivered record ratings, thanks to the national lockdown period.

According to the latest TV figures by the Research Broadcast Council of SA, the Mzansi Magic daily drama produced by Ferguson's Film was watched by 2.28-million viewers on Tuesday March 31.

That's a jump of a million more people from its most-watched episode the month before - 1.21-million viewers watched the show on Thursday February 27. This makes the show the most watched on DStv, followed by Our Perfect Wedding (OPW).

OPW also registered a lockdown an audience of 1.83-million viewers on Sunday March 29. The month before, 904,223 people tuned into OPW on February 23.

Another show that saw a huge lockdown lift was Mzansi Magic's new telenovela Gomora, with actress Katlego Danke in the lead.

Any disruption to the Twenty20 World Cup in Australia later this year would have serious financial implications for most of the cricketing nations, ...
Sport
1 year ago

Kaizer Chiefs and Orlando Pirates’ historical role contributing together in times of disaster‚ and what each Premier Soccer League (PSL) club can ...
Sport
1 year ago

The premiere episode of the show debuted at number eight on DStv's top 10 show of the month with a rating of 1.09- million on Monday March 30.

But the second episode on Tuesday March 31 soared to viewership of 1.70-million to become the third most-watched show on DStv behind The Queen and OPW.

Public broadcaster SABC also enjoyed glowing ratings during the period. Uzalo remains the most-watched show with 10.29-million viewers tuning in on Monday March 30. That's a jump from the previous month that was watched by 9.31-million people.

The same night Generations: The Legacy held steady with 8.21-million from a viewership of 8.20-million the month before. Skeem Saam saw the biggest lift by surging to 7.25- million audiences, while in February the show pulled in a viewership of 5.95-million.

Streaming service Showmax has confirmed that the platform has also been positively impacted by the national lockdown with the number of active users up 50%.

"We're in the fortunate position of being able to do something to help people through this period," said Niclas Ekdahl, CEO of the connected video division of MultiChoice.