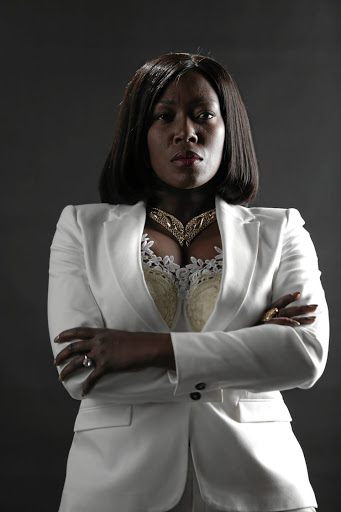 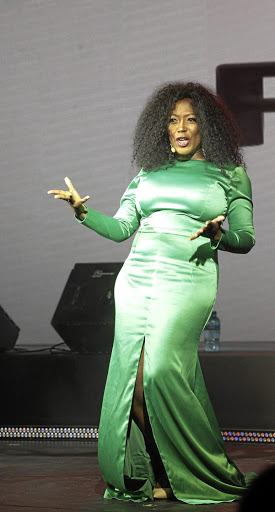 Over her 25-year acting career Rami Chuene has come to be known for her strong, powerful female roles.

If you looked up the word "badass" in the Urban Dictionary you will find Chuene's most famous roles such as Thato in Scandal!, Khomotjo Mojalefa in Muvhango and most recently Gracious "TGOM" Mabuza in The Queen.

Chuene got her first taste of fame in 1995 in small roles that included the role of Pearl in Backstage.

But it was when e.tv soapie Scandal! debuted in 2005 that many realised that Chuene was something special.

Her character Thato had all the men on the show wrapped around her finger - especially Stan (Luthuli Dlamini), Vusi (Siyabonga Thwala) and Daniel (Sello Maake Ka-Ncube). Thato called the shots at all costs - manipulative and cunning.

"I don't have one particular favourite leading man, but each has left an impression on me," Chuene says.

"I have great respect for actors who are well prepared and execute the script and direction to the best of their abilities."

After many years on Scandal! she moved to Muvhango as the new vixen in town, Khomotjo Mojalefa. Khomotjo was rich and fabulous - and ruthless, above all.

She delivered iconic lines such as: "My handbag is expensive. It could build you a house in Seshego."

Chuene says if there is a role from the past that she could reprise it's Khomotjo.

In 2017, she introduced a new role for the millennial on The Queen with Gracious "TGOM" Mabuza.

The character was introduced as an unflinching matriarch on the show who wouldn't hesitate to use the pistol she packs in her handbag.

She challenged Connie Ferguson's Harriet Khoza as "The Queen" of the show and viewership soon rocketed as the duo battled for the throne.

"Every role has its own challenges because they are all so different," Chuene explains.

"The role of TGOM challenged me to dig deep as I balanced this Christian veneer and the shady, ruthless part of Gracious Mabuza.

"I will forever be thankful to my fans and followers of my work for the support they gave me." 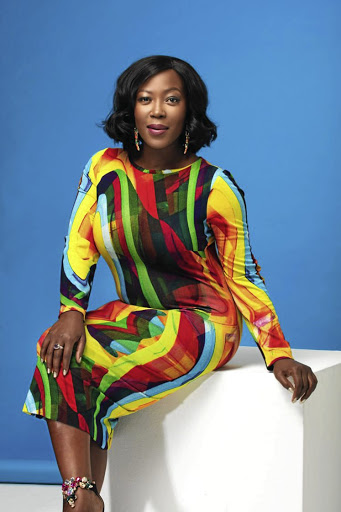 Now the time has come for viewers to say goodbye to TGOM.

Sowetan has confirmed that TGOM will be killed on March 27 with the funeral taking place on April 03.

"[It has been] a wild ride, thrilling, edgy, fun, exhilarating and memorable," Chuene says.

Over her illustrious career she has dazzled with other roles in Harvest,The Republic, Rockville, iNkaba and It's Complicated.

Chuene yearns to play a James Bond-esque role that will see her travel wide and far.

"I will like to share my knowledge and skills with the next generation of singers, actors and writers," she says.

"It's important that we groom, nurture and mentor the next cohort in the creative space without dictating to them, by equipping them with tools that will ensure that they make the most out of this space.

"I also do a lot of MC work and public speaking and would love to collaborate with NPOs that work towards empowering young people and helping them spot life-changing opportunities."

As a young actor Chuene says she learnt a lot of lessons but what is the one lesson she wishes she would have taught her younger self?

"I would have taught my younger self to be more daring and expressive and not hold back, especially when things don't go my way," Chuene says.

"Most of the time younger artists crawl into shells when the system orders them to toe the line, but that's the precise time when one should shoot their fist in the air in defiance."

Chuene has always been vocal. Last month, when disgraced American film producers Harvey Weinstein was convicted of sexual assault and rape, she took to Twitter to claim the local industry had its own Harvey Weinsteins.

"S.African Harvey's been 'opening the industry' for desperate artists in return for sexual favors for years," the tweet read.

"Fear of victimisation and blacklisting silenced a lot of talent. Soon they'll break their silence and come for you, powerful big shots. Even your money will not save you."

Chuene says sexual harassment awareness movements such as #MeToo and #TimesUp are vital for women.

"It is encouraging that hashtags emboldened many to speak out and speak up about the abuse and unfairness that women have endured for so long," she tersely says.

"I'm hoping that more are going to expose the rot that has crippled so many careers in our industry."

Chuene says one of the biggest misconceptions about her is that she's a diva - although it's not a tag she shies away from. "I just express myself, my standpoint and views very clearly. I take no prisoners," she laughs. 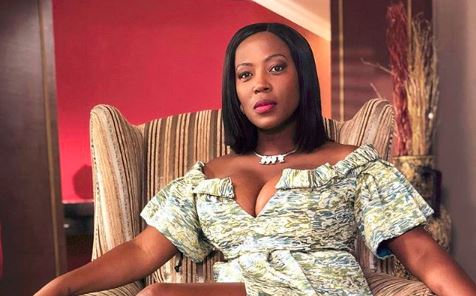 "I'm a straight-talker and I don't compromise on what I know I deserve. Also, a diva is someone who is fabulous, knows her story and worth. And I do."

"I've known Shauwn for over 10 years. It's only now that viewers are waking up to it but we go back a long way," she says. "We are there for each other and stand by each other. It's the kind of alliance every woman should have in life. Shauwn is more than a friend, she's a sister."

Chuene is not letting her exit from The Queen slow her down. This Sunday she will co-host the Backing Vocalists and Session Musicians awards at Soweto Theatre in Jabulani with actor Mzwandile Ngubeni. The awards were founded by Yvonne Chaka Chaka.

"I come from a music background. I have a band that performs with me at different events, meaning I've worked on stage, so the energy will be musical with some cheek and tons of fun thrown in there," Chuene teases.

She has already scored her next acting role - although she is waiting for an official announcement to be made before she divulges information.

"[I'm excited about] the newness of it all. I love new chapters and new experiences. I get a kick from new challenges," she shares

"It's so mysterious because I get to meet another 'me' that someone created and I breathe life into her."

Chuene has been cast alongside Natasha Thahane and Bohang Moeko in BET Africa's first telenovela Isono - The Sin, set to debut later this year.

At home, Chuene is revelling in being a mother and grandmother. She adds that while she has a big personality, she enjoys her own space.

"I'm a loud but quiet person. I know it doesn't make sense but what I mean is that even when I could be loud, I prefer the peace of doing it at home," Chuene explains.

"The limelight can be exhausting. I love my space and my peace. I enjoy my role as a mother and a grandmother. I enjoy the company of my close friends and going out.

"My daughter just got married - please call me mamazala [mother-in-law]. I find myself learning new things about life and even myself from my children. They're truly amazing."

Actress Rami Chuene has reflected on the love and unity that dominated in the entertainment industry back in the day.
Entertainment
1 year ago

The actress only held back on names but they shared their thoughts on the alleged 'abuse' young actors endure at the hands of other, often older ...
Entertainment
1 year ago
Next Article