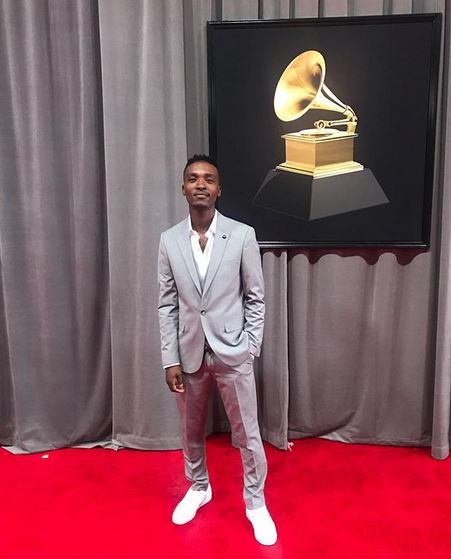 DJ Lag at the Grammy Awards in LA.
Image: via Instagram/@realdjlag

DJ Lag opted to don a suit for the momentous appearance at the 62nd Annual Grammy Awards.

The awards were hosted by Alicia Keys at Staples Centre in Los Angeles in the early hours of today with performances by Ariana Grande, Gwen Stefani, John Legend, DJ Khaled, Lizzo and Lil Nas X.

"I'm wearing a suit, which is not my usual look. I'm just embracing it and will have fun in it.

"It was important for me to wear a local brand that is in development and would benefit from the spotlight.

"My highlight has been spending time in LA, getting to know the teams who run the Recording Academy and playing at some great events," he said.

The Grammy weekend in renowned for its colossal invite-only parties, the biggest of which was Jay Z's Roc Nation Brunch this year.

Nomzamo Mbatha cracked an invite and rubbed shoulders with the likes of Rihanna, Beyoncé and Diddy. 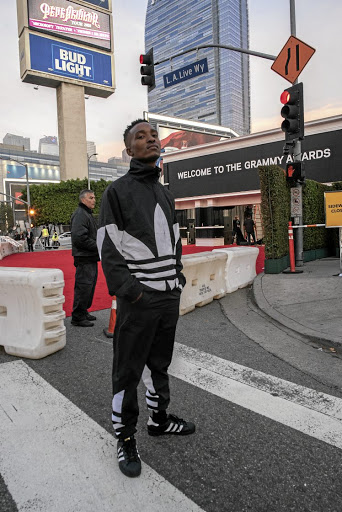 Anthony Hamilton couldn't get enough of Mbatha in her one-shoulder bodycon number. He quickly took to Instagram to share a snapshot of them together and and said Mbatha was "legendary".

On Saturday night, DJ Lag played at the Africans Giants party that honoured all the Grammy nominees from the continent.

"It is interesting because the bigger industry events are usually quite stiff affairs. People are there to hustle and not really into having a 'party'," DJ Lag said.

"We were lucky to attend two great events in the past 24 hours. The music was reggaeton, the people were dancing and having a great time."

DJ Lag's album, Uhuru, made history last year by becoming the first gqom artist to submit his work for consideration for Grammy Awards. He did not crack a nomination.

He produced My Power with Beyoncé, Moonchild, Yemi Alade, Tierra Whack and Busiswa. The song appears on The Lion King: The Gift album nominated at the Grammys for Best Pop Vocal Album.

Muso in soundtrack
Lifestyle
1 year ago
Next Article